An AH-64 Apache Longbow helicopter with the Greek Army crash landed off the coast of Thessaloniki last week.

Two crew members were rescued from the crash and avoided injury, according to multiple reports.

The Associated Press reported that “the crew members were apparently not injured but were transported to a military hospital in Thessaloniki as a precaution.”

The crash occurred in the Aegean Sea after the helicopter reportedly suffered an engine failure.

Several bystanders were on hand watching from the beach at Thessaloniki, one of whom managed to film the crash. Watch the video above. 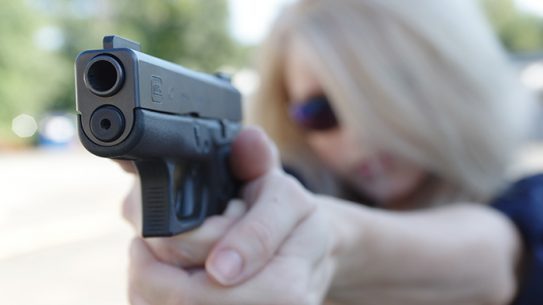 Pistols 101: An Inside Look at Glock’s Free Handgun Training