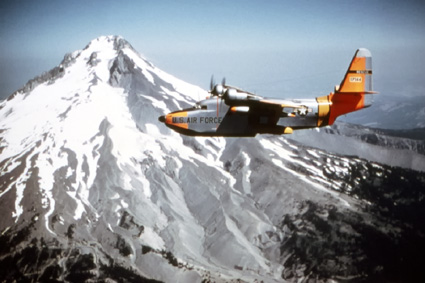 In addition to being able to carry cargo, passengers and equipment, the Grumman Albatross is also capable of remaining airborne for very long periods of time. In order to insure that the Albatross had the “legs” to perform its mission, the Grumman Corporation designed all versions of the Albatross with long-range fuel tanks and an oil-replenishing system. The distance an Albatross could travel could be extended by adding a pair of MK 8-300 gallon, M12 150-gallon or MK 4 100-gallon fuel tanks under the wing. These extra fuel tanks were supposed to be jettisoned during an in-flight emergency or during a water landing.

Depending on how much fuel is carried and how the aircraft is flown, the Grumman Albatross has a plus or minus 2000-mile range. Military pilots who flew the Grumman Albatross were experts in making the most of their fuel supply. By doing so they extended the range of their Albatross seaplanes so they could conduct exceptionally long-range patrols for 10 or more hours a day. This was done by pulling the power settings back so the plane would cruise at 95 to 115 knots. Normal cruising speed for a B Model Albatross is 150 Knots.

The military crew complement for the air-sea rescue version included a pilot, co pilot, navigator, radioman, flight engineer and a PJ or para-jumper/rescue swimmer. Escape hatches for the flight deck personnel are located above the pilot and co pilot’s seats. Passengers and crew enter the aircraft aft of the wings on the port (left) side of the fuselage through a cargo hatch that has a two-piece door and an easy-to-use retractable boarding ladder. A second hatch or emergency exit is located on the starboard side of the rear compartment. A bow hatch can be accessed through the cockpit. The rear compartment is large enough to accommodate a lavatory and an equipment locker.

Flier and Sailor
Every successful ocean landing and take off depends on the pilot’s ability to correctly judge the direction and speed of the wind and predict the movement of the water. While the general rule of thumb is not to attempt an open water landing in seas higher than four or five feet, Grumman Albatross seaplanes were often pushed to the limits of their design and operated in very rough water when it was necessary to save lives.

Since it would be impossible in this format to describe all of the combat and non combat rescue missions flown by Albatross crews, allow me to provide you with some examples of how these amazing planes were used to save lives.

After arriving in Korea in July of 1950 a U.S. Air Force Albatross crew made the first rescue of the war a few days after being deployed when they picked up a U.S. Navy aviator. One of the most famous RESCAP or Rescue Combat Air Patrol Operations executed during the Korean War occurred in June of 1951 when a U.S. Air Force Albatross SA16 piloted by Captain John J. Najarian flew inland after sunset and landed under fire in a river to pickup a shot-down P51 pilot. On another occasion in September of 1952 an Albatross crew rescued a famous American Air Force fighter ace who ran out of fuel over the Yellow Sea after being in combat.

During the Korean War one Albatross was lost in action. To its credit, the U.S. Air Force Air Rescue Service, which included fixed wing aircraft, helicopters and Albatross seaplanes, reportedly rescued 170 U.S. Air Force airmen, 84 airmen from Allied UN forces and a grand total of 996 combined aircrew and ground combat military personnel from behind enemy lines.

U.S. Air Force Grumman Albatross seaplanes were deployed to Vietnam starting in 1964 and were tasked with the responsibility to conduct search and rescue operations and serve as a command and control aircraft. Albatross crews from the 33rd ARRS from Naha Air Base in Okinawa and their sister unit from Clark Air Force Base in the Philippines sent TDY crews to the 37th Aerospace Rescue and Recovery Service in Da Nang, Vietnam usually for 45 days or less than 90 days.

While using the call signs Crown Alfa and Crown Bravo, Albatross seaplane patrols operated from first light to sunset in three main patrol areas off the coast of Vietnam. These seaplanes operated by flying orbiting patterns off shore while they waited to get called to make a water rescue.

During one well-documented combat rescue along the coast of North Vietnam in 1965, a U.S. Air Force Albatross seaplane piloted by Captain David P. Westenbarger (pilot in command) and Captain David Wendt (co pilot) along with their crew of four received a call for assistance from a downed aviator’s wingman. While the Albatross crew started heading toward the rescue site, a shot down American aviator by the name of Captain Norman P. Huggins started swimming to shore and considered evading capture on land but changed his mind when he exchanged shots with some enemy combatants. In addition to noticing enemy swimmers pursuing him into the water, the shot down American photo reconnaissance pilot also observed enemy vessels in the area.

In order to evade capture Captain Huggins would stop swimming and drain the water from the barrel of his revolver before firing a few rounds at the enemy to keep them at bay. Captain Huggins repeated this process several times as he made his way further away from shore. Fortunately, the enemy swimmers backed off and kept their distance from Captain Huggins whenever he fired his revolver. Clearly, this tactic bought Captain Huggins enough time for the Albatross seaplane to land relatively close to his position.

Unarmed Hero
Immediately upon landing in the water the Albatross seaplane came under fire. Between A1 Skyraiders swooping down to attack enemy personnel and the job that was being done by several Albatross crewmen who were armed with M16 rifles, it was possible for the PJ on board to jump into the water to recover Captain Huggins. As soon as Captain Huggins and PJ James E. Pleiman were pulled on board the aircraft, the cockpit crew successfully executed a dicey water take off in deteriorating weather conditions due to the presence of a torrential rain storm. According to Retired Colonel Wendt, they had one hell of a party for Captain Huggins after they returned to base.

During another hair-raising rescue mission in March of 1966, Captain Westenbarger and co pilot Lt. Walter Hall landed their Albatross seaplane approximately four miles off the coast of North Vietnam near Hon Me Island in the Gulf of Tonkin to rescue two F4 Phantom aviators identified as Major James M. Peerson, 34 from Burlington, North Carolina and Captain Lynwood C. Bryant, 28 from Jackson, Michigan.

Shortly after the Albatross was in position to make the extraction and the PJ was in the water to make the double rescue, enemy mortar shells started hitting nearby with one landing in the middle of the seaplane’s fuselage. As a fire broke out and the seaplane sank the deceased radio operator and the deceased PJ who was still tethered to the aircraft went down with the ship.

It should be noted that several Albatross crewmen were using their M16 rifles to return fire right up until the time that they were either wounded, killed in action or forced to abandon the sinking aircraft.

The rest of the Albatross crew was rescued by U.S. Navy helicopters except for Captain Donald Price, the Albatross navigator who had to wait for a Navy helicopter to return after it was driven off by enemy gunfire. While waiting to be rescued Captain Donald Price fired five rounds from his .38 Special revolver at the enemy in an effort to get them to check their advance on his position. Between A1 Skyraiders strafing the enemy and the sight of an American aviator in a one man life raft firing his revolver at a nearby enemy vessel, the North Vietnamese were motivated to back off and not move in to capture Captain Price.

Eventually, progress dictated that helicopters and fixed-wing aircraft should replace the Albatross in the Aerospace Rescue and Recovery Service. In September of 1967, Albatross crews flew their last mission in Vietnam. In 1973 the U.S. Air Force stopped using the Grumman Albatross and transferred 55 “HU16s” to the U.S. Coast Guard. The last flight of a U.S. Navy Albatross took place in 1976.

After serving in two wars, throughout the Cold War and in peacetime, the Grumman Albatross made its last flight as a U.S. government aircraft in Cape Cod in 1983 while in service with the United States Coast Guard. A total of 91 HU16s known as “Goats” in the Coast Guard logged in hundreds of thousands of hours of flight time while in service with the U.S.C.G.. According to one Albatross historian, some 33 U.S. Coast Guard aviators were reportedly killed in the line of duty while operating Albatross seaplane.

Under Cover In The Drug War
Very few people are aware that a small number of Grumman Albatross seaplanes were also used by U.S. Customs Agents assigned to the Miami Air Smuggling Investigations Group 7 to mount covert operations during the Drug War. During these sanctioned covert operations, brave Albatross contract air crews flew long-range missions to destinations in Colombia or along the Colombian coast to pick up record-setting quantities of drug contraband, mostly multi-hundred kilogram shipments of cocaine.

Undercover Albatross seaplane crews put the dope on the table and made it possible for Undercover U.S. Customs Agents and other law enforcement officers to use the seized drug contraband as bait to execute a series of successful sting operations known as a controlled delivery. With her swashbuckling image always intact, the Grumman Albatross seaplane became one of our most valuable secret weapons of the Drug War.

Requiem for a Hero
In war and in peace the Grumman Albatross proved to be an amazingly rugged and versatile aircraft that saved a tremendous number of lives in the days when helicopters were not as technically capable as they are today. Even during the Drug War the Grumman Albatross made its mark as a special-purpose undercover aircraft that enabled U.S. Customs Agents to successfully execute some very difficult and dangerous missions. Clearly, the folks at Grumman know how to build rugged aircraft that can take a licking and keep on ticking. 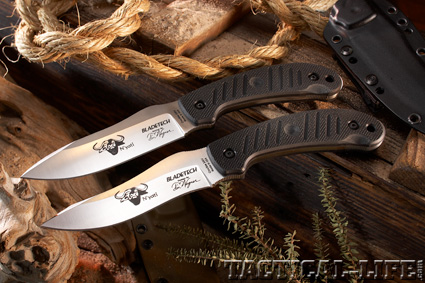 Venture with the author as he hacks into his bucket list in the wilds...