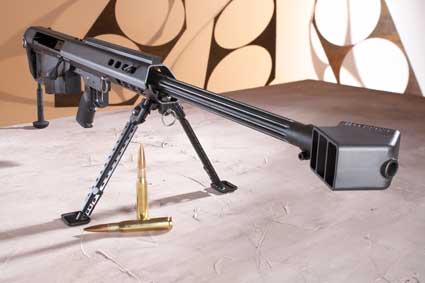 Some apathetic people believe that if they do not live in a state where anti-gun forces are strong, there is no need for them to care about the fate of their brethren in states such as Illinois or New Jersey. Wrong.

State gun bans are the building blocks of federal gun bans. The Clinton ban on so-called “assault weapons” never could have passed if it were not for the “assault weapon” bans which had been enacted in California, Hawaii, Maryland, Connecticut and New Jersey. Every time a state or city enacts a .50 caliber ban, the odds of a federal ban increase notably. 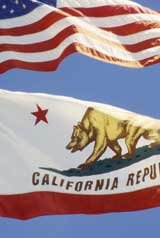 It’s Not Just About California
Thus, the .50 caliber ban in California is bad not only for Californians, but for all people who exercise their Second Amendment rights.

As this article is written, the greatest threat is in New Jersey where a state Assembly committee has passed a bill to ban .50 BMG guns, as well as many other hunting or historical firearms. The bill is strongly backed by New Jersey’s vehemently anti-gun Governor Jon Corzine and his appointed Attorney General. New Jersey’s government structure makes the New Jersey Governor the most powerful in the United States, with enormous unchecked power to pressure legislators through credible threats and through promises of pork.

Of course the bill is also backed by the “Million” Mom March (which is a subsidiary of the Brady Campaign) and by the local gun-ban group CeaseFire New Jersey. These groups claim that they support law-abiding gun ownership, and merely want greater regulation. But those claims become inoperative whenever they see an opportunity to actually ban any type of firearm.

Fifty-caliber rifles are long, heavy and more expensive than many other rifles. They’re not exactly a good choice for someone who wants to carry a gun in baggy jeans on the way to hold up a convenience store. Fifty-caliber guns have been involved in crimes only on very, very rare occasions—far less frequently than most other types of guns. Yet the facts do not stop gun prohibitionists from targeting .50 calibers on the flimsiest pretexts.

For example, in Boston in the spring of 2006, some 5.7mm pistol casings were found at two crime scenes. The 5.7mm is for the FN Herstel handgun, which gun prohibitionists have falsely claimed to be a gun designed for killing cops. The Boston city council then enacted a ban on “cop-killer guns”—not only on the 5.7mm Herstel, but also on .50 (12.7mm) caliber rifles. It’s a good example of how an attack on one type of gun (a 5.7mm pistol) can quickly morph into an attack on other guns (such as a 12.7mm rifle).

Moreover, a .50 BMG ban establishes the principal of banning “sniper rifles” The gun-prohibition groups, such as the Violence Policy Center, have made it clear that they would like to ban lots of so-called sniper rifles: a category that they claim includes many centerfire bolt-action guns as well as many semi-auto rifles, such as the Bushmaster. In their view, just about every rifle with a scope mount is a “sniper rifle.”

Gun Naivety: A Very Dangerous Thing
If they can convince the public that “sniper rifles” are a menace which must be banned, then most members of the public won’t have a clue about the difference between a .50 BMG and a scoped Remington .30-06.

Once gun-banning begins, there’s no stopping point. Even Olympic competition .22 target pistols have been prohibited by California’s ban on so-called “assault weapons.”

California Senator Dianne Feinstein loves banning guns. As Mayor of San Francisco, she pushed through a handgun ban (which was later found by the courts to violate California’s statewide law against local gun bans). As a U.S. Senator, she worked relentlessly and effectively in 1993-94 for the federal “assault weapon” ban. To pass the federal ban, she made necessary compromises, such as not banning guns which had already been manufactured. But as she later told Sixty Minutes, if she had the votes to pass a confiscation law, she would have done so.

Now Feinstein is promoting a bill, S. 1331, which she claims will merely regulate the .50 BMG, but will in fact ban that gun- and many others. The Feinstein bill would classify .50 BMG rifles as “destructive devices” under the National Firearms Act. This is the same legal category that covers grenades, mortars and artillery. Theoretically, you could still own or buy a .50 BMG by getting fingerprinted, registering the gun with the Bureau of Alcohol, Tobacco, Firearms and Explosives, paying a $200 per gun tax, and going through months of paperwork.

But there’s a catch. First of all, some states already ban anything classified as a “destructive device” under the National Firearms Act, so Feinstein’s bill would directly result in .50 caliber guns becoming illegal in some states. Even if the state legislature had already rejected the idea of a .50 caliber ban, the state law on “destructive devices” would instantly result in the possession of a .50 caliber gun becoming a serious crime under state law.

If the chief or sheriff won’t sign your Form 4, then you can’t register the gun, and your possession of the gun becomes a federal felony.

Senator Feinstein’s S. 1331 also applies to any “copycat” of the .50 BMG. A “copycat” is defined as any firearm, in any caliber, with more than 12,000 foot-pounds of energy. This shuts down one avenue of innovation in firearms business. If it had been law in the past, Ronnie Barrett never could have invented the .50 BMG rifle. And thus, our American soldiers who are using the .50 BMG to fight terrorists in Afghanistan and Iraq would be stuck with inferior, less-effective rifles.

By stifling innovation for the civilian market, the Feinstein ban would deprive our military of many potential products from inventors like the next Ronnie Barrett: guys with a potentially great idea, but an idea that the slow-moving military procurement process won’t touch until the idea is proven successful by production of a reliable gun for civilian hobbyists.

Illinois’s Fiscal Crisis Becomes A “Gun Problem” Answer
When Illinois Governor Rod Blagojevich served in the U.S. House as a Representative from Chicago, he made himself a leading anti-Second Amendment advocate. As Governor, he has teamed up with Chicago Mayor Richard Daley to push a wide variety of anti-rights legislation, including bans on so-called “assault weapons” which would be defined to include .50 caliber rifles.

Last summer, when Illinois faced a fiscal crisis due to Blagojevich’s reckless government spending, he attempted to use the gun ban issue to distract public attention from his own poor management of taxpayer funds.

Thus far, Democrats from downstate Illinois, in conjunction with most Republicans in the Illinois legislature, have very narrowly been able to stop the Blagojevich-Daley gun-ban program. The NRA and the Illinois State Rifle Association deserve great credit for holding the line under very tough circumstances.

In 2006, the Hawaiian Rifle Association did a great job in defeating .50 caliber bans which were being pushed by the Honolulu police chief. As the HRA pointed out, never in the entire history of Hawaii has a .50 caliber rifle been used in a crime.

Finally, in New York, the State Assembly has passed legislation to confiscate all .50 caliber or large firearms. So far, the New York State Rifle & Pistol Association, working alongside the NRA and FCI, has been able to keep the confiscation plan from passing the State Senate. Recently resigned Governor Elliot Spitzer, a fierce and dedicated foe of the Second Amendment, would’ve signed a confiscation law in a New York minute. But we now know Spitzer was too preoccupied with his own personal foes to sign anything other than his resignation papers.

Maryland has enacted legislation to control .50 caliber rifles as “restricted weapons” meaning that they are subject to the stringent controls applicable to handguns, as opposed to the more reasonable controls for most long guns.

The war against .50 caliber owners has continued with unabated ferocity. By slender margins,…