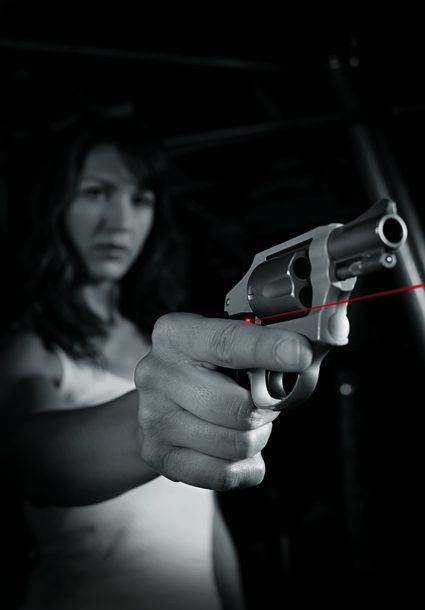 On any given day you’ll find many people shooting at an area gun range, but the sight is becoming increasingly common.

Gun ownership is up 41 percent since last year, with just under half of all American households – about 47 percent – claiming to own at least one firearm.

About 34 percent of Americans personally own a gun, according to a Gallup poll.

“We probably are selling at least five guns a day,” said Ben Burdsall, manager of One Shot.

The same survey showed the number of women who claim a gun in their household at an all-time high of 43 percent.

“For me it’s protection,” said gun buyer Ann, who declined to give her last name. “I don’t think you should use a gun unless you have to, but I’ve been in situations where it would have been needed.”

The poll showed 23 percent of women personally own a firearm, and 46 percent of men.

Image: Crimson Trace On any given day you'll find many people shooting at an…