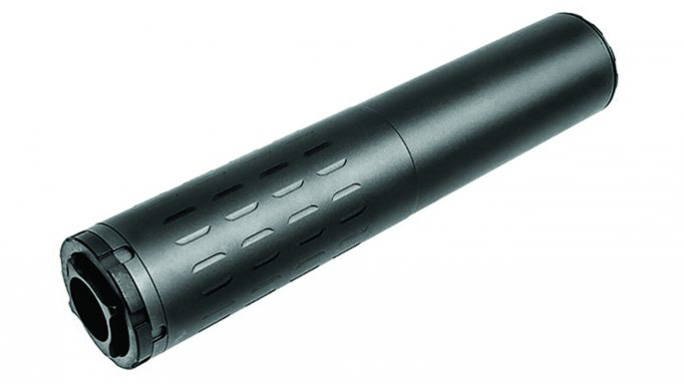 In the wake of yesterday’s shooting in Alexandria, Va. in which House Majority Whip Steve Scalise and four others were wounded by a gunman during a practice for the congressional baseball game, a review of legislation that includes the Hearing Protection Act has been cancelled by a House subcommittee.

Yesterday morning at around 7 a.m., 66-year-old James T. Hodgkinson used a semi-auto rifle to open fire on multiple Republican Congressmen and staffers who were at Eugene Simpson Stadium Park getting ready for the congressional baseball game, an annual event held each summer since 1909 that pits Republicans and Democrats against each other during a friendly game that raises money for charity.

Scalise was shot in the hip and remains in critical condition. Four others were shot by Hodgkinson as well, including Zach Barth, a congressional staffer; Matt Mika, a lobbyist for Tyson Foods and a former congressional staffer; and two members of the Capitol Police identified by CNN as Crystal Griner and David Bailey.

Hodgkinson was shot by the Capitol Police who were present—the LA Times says that as the majority whip and third-ranking Republican in the House, Scalise is one of nine lawmakers assigned a security detail. Hodgkinson later died from his injuries after being taken to an area hospital, CBS News reported.

A strengthened version of the Hearing Protection Act was rolled into the Sportsmen’s Heritage and Recreational Enhancement (SHARE) Act, which addresses 18 provisions related to hunting, fishing, shooting and outdoor sports. The Federal Lands Subcommittee—part of the House Committee on Natural Resources—was set to look over the package during a “discussion draft” yesterday prior to the shooting.

Introduced in early January by Rep. Jeff Duncan (R-SC)—who was present at the baseball field yesterday when Hodgkinson opened fire—and Sen. Mike Crapo (R-ID), the Hearing Protection Act seeks to remove suppressors from regulation under the National Firearms Act. It would also refund the $200 transfer tax and switch out the lengthy transfer process with an instantaneous NICS background check.

See below for a more detailed look at the amendments made to the Hearing Protection Act under the SHARE Act, via the American Suppressor Association:

Sec. 1702: Removing suppressors from the National Firearms Act, subjecting them to the same instant NICS background check as long guns, and issuing a refundable tax credit to anyone who has purchased a suppressor since the HPA’s original date of introduction
Sec. 1703: Ensuring that suppressors will remain legal in all 42 states where they are currently legal, after suppressors are removed from the National Firearms Act
Sec. 1704: Preempting states from levying taxes or registration requirements on suppressors. However, this will not make suppressors legal in any state where state law currently prohibits them.
Sec. 1705: Granting the ATF 365 days to destroy all suppressor related records from the National Firearms Registration and Transfer Record (NFRTR)
Sec. 1706: Developing a “keystone part” definition, and requiring that such keystone part is serialized on every suppressor. This will ensure that individual suppressor parts, like pistons and endcaps, will not require serialization.
Sec. 1707: Imposing a 10% Pittman-Robertson excise tax on the manufacture of each new suppressor, a tax that is currently imposed on all Title I firearms

For more on the Hearing Protection Act, visit HearingProtectionAct.com. 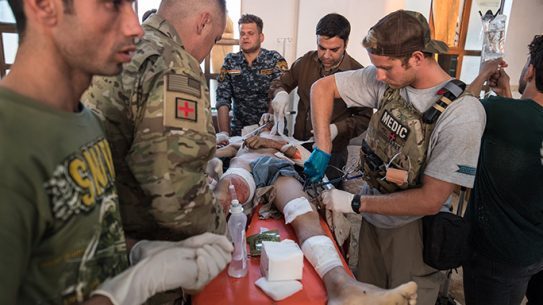 After seeing the carnage on the front lines in Mosul, SoCal-native Nik Frey decided...