German firearms maker Heckler & Koch said it suspected it was the target of a slur campaign after its offices were searched a second time within a year in connection with the export of weapons to Mexico.

“The volume of claims directed against the company recently create the impression among responsible people at Heckler & Koch of a targeted defamation campaign that is being driven by interested parties,” the company said on Friday.

About 300 police officers searched Heckler & Koch’s headquarters in Oberndorf, Germany, as well as some private residences on Thursday on suspicion of bribery of government officials, according to the Stuttgart prosecutor’s office.

“Heckler & Koch never paid bribes in Mexico,” the company said, adding that Mexico had only accounted for an average of about 1 percent of group sales over the past 10 years. 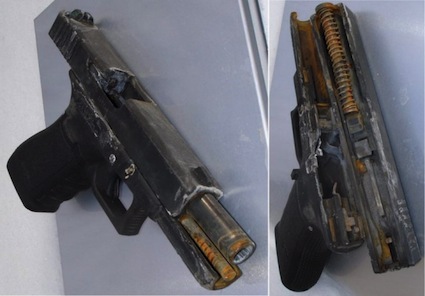 Is this the ultimate Glock 21 torture test?