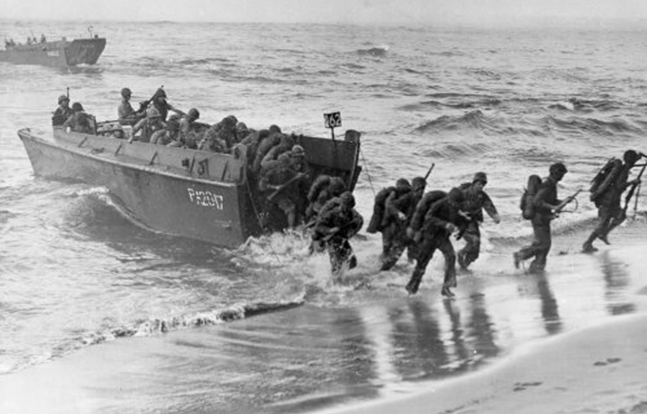 “Andrew Higgins is the man who won the war for us.” — General Dwight Eisenhower

Of course one man didn’t all of World War II by himself, but the design of the Higgins Boat certainly helped.

June 6, 2014, marks the 70th anniversary of D-Day, when 160,000 Allied troops landed along a 50-mile stretch of heavily-fortified French coastline to fight Nazi Germany on the beaches of Normandy, France.

How did they successfully take the beaches of Normandy? The Higgins Boat.

Also known as the LCVP (landing craft, vehicle, personnel), the initial designs for the Higgins Boat caught the attention of both the Navy and Marine Corps in 1938. However, according to the Navy historical website, there was one flaw that America’s Armed Forces needed corrected.

Satisfactory in most respects, the boat’s major drawback appeared to be that equipment had to be unloaded, and men disembarked, over the sides—thus exposing them to enemy fire in a combat situation.

After seeing a photo of the “ramp-bowed landing boats” the Japanese had been using since 1937, Higgins took his design to a new level — one that would help the Allied troops get their first stronghold on the war.

According to the Army:

More than 5,000 ships and 13,000 aircraft supported the D-Day invasion, and by day’s end on June 6, the Allies gained a foot-hold in Normandy. The D-Day cost was high — more than 9,000 Allied Soldiers were killed or wounded — but more than 100,000 Soldiers began the march across Europe to defeat Hitler.

June 6, 1944 — better known as D-Day — was one of several major turning points in World War II, and the Higgins Boat and the men who traveled on them to Normandy will always be remembered for it. 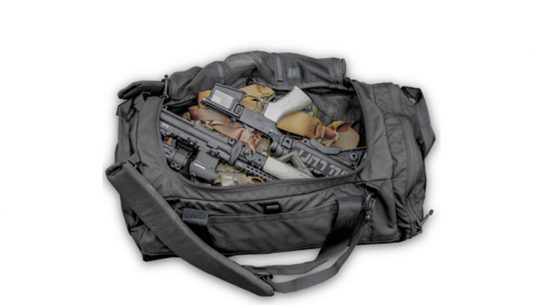 Watch How to Use RE Factor Tactical’s ASO Bag For Safe, Tactical Travel

The ASO Bag (Advanced Special Operations) from RE Factor Tactical given 4.5 out of...