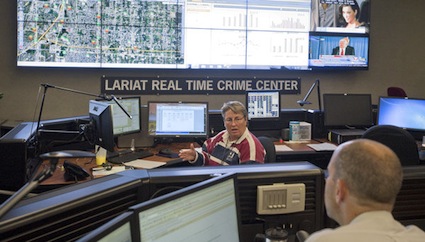 Lynn Batchelder, a tactical analysis coordinator, consults with Tony Berger, the project coordinator of LARIAT, in the LARIAT section of LESA, which receives 911 calls and dispatches police officers in Tacoma and throughout Pierce County. (PETER HALEY/The News Tribune)

The center – officially known as LESA’s Accelerated Response Using Integrated Analysis and Technology – or LARIAT – is in the heart of Pierce County’s largest 911 dispatch center on South 35th Street in Tacoma.

LESA received a nearly $3.3 million federal grant in October 2009 to build the crime center, furnish it with computers, software and 10 flat-screen TVs and staff it with nine analysts and a project coordinator. Since the center was launched in November 2010, analysts have contributed to more than 10,000 911 calls in the county, including 1,988 in the first five months of this year.

Each coordinator sits in front of three computer screens – one for monitoring 911 calls, one for researching information and one for watching surveillance cameras or studying crime maps. Flat screens on a video wall display local and national news broadcasts. The video wall is connected to TV monitors mounted through the dispatcher center.

Read the rest of Stacey Mulick’s article at The News Tribune. 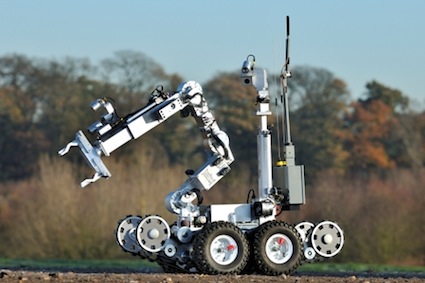