In their largest haul ever, police in Hong Kong have seized 820 pounds (372 kilograms) of cocaine from a suburban house that was reportedly part of a botched drug shipment sent to the southern Chinese territory by mistake.

Officers discovered the stash — which has a street value of 337 million Hong Kong dollars ($43.4 million) — while investigating a missing person report in the suburban Fanling district on Sunday, Hong Kong police said in a statement.

The cocaine was stored in 26 boxes on the roof of the three-story village house, the South China Morning Post reported Tuesday.

The huge stash was the subject of negotiations between the missing person — suspected Dutch-Chinese dealer Chang Ma-ki — and Hong Kong dealers after it was mistakenly shipped to the territory, the Post reported, citing Ted Tsang, the acting chief superintendent of the Hong Kong police’s narcotics bureau.

A Hong Kong police spokeswoman said Tuesday it wasn’t immediately clear where the drugs originated and where they were intended for. The spokeswoman, would only give her surname, Tam. 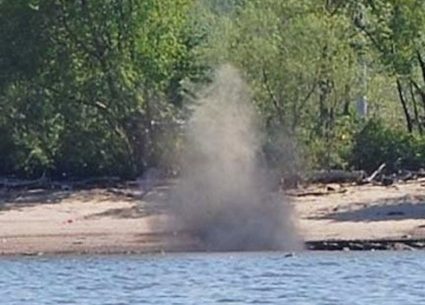 In their largest haul ever, police in Hong Kong have seized 820 pounds (372…