The battle for Mexico’s heart and soul has risen to the highest levels- not only is the country suffering from an explosive drug cartel battle, but Mexico’s very existence is embroiled in a narco-state clash.

The soul of a country lies within its citizenry and right now Mexico is losing the mêlée to the drug cartels. President Felipe Calderon has embarked on a noble quest and has promised to dethrone the powerful drug cartels from Mexico, yet in the past three years it’s the citizens who have lost 28,000 lives (and counting) to earth-shattering barbaric violence, like beheadings, perpetrated by mafia-type drug gangs.

Gone are the days of Poncho Villa as these thugs in Mexico are gaining the upper hand. They are replacing cartel leaders who have been killed or captured by the government with a more treacherous, vicious brand of brutality. The new drug cartel leaders must prove they mean business by exacting atrocious acts to garner fear and loyalty within Mexico’s borders.

The root of this evil is money – billions are made each year in Mexico from the drug trade. In an effort to capture those billions merciless drug cartels fight (with a plethora of military-grade weapons) to establish the shrinking smuggling routes into the heart of America.

The end result is a happy American drug consumer. Currently, America is home to more than Disneyland, it provides somewhere between 75 to 80 percent of the world’s drug consumption. Something Walt would not be proud of.

As with any national epidemic a message of propaganda must circulate to reveal the hero and villain. In this case the American politician and main stream media outlets have chosen guns as the villain. By spinning the web that guns are the root and American gun manufactures supply 90 percent of the weaponry to Mexican cartels; the U.S. is hit with a double whammy- a consumer and blame for the never-ending violence.

The media got it halfway right, America is the largest consumer of drugs and the cartels wouldn’t be in business if there wasn’t a demand for narcotics, but the guns are not coming from America.

In fact, a new paper out (Spring 2010) from George Mason’s School of Public Policy dispels this myth once and for all.

According to the Bureau of Alcohol, Tobacco and Firearms (ATF) only 17 percent of the guns recovered by Mexican authorities are traceable to the United States a far cry from the 90 percent perpetuated by the MSM. It is worth pointing out that the Mexican government does a good job photographing the drugs, money and weapons it seizes and releases them to the public.

Below is a recent seizure slideshow, (about a month old) near the Mexico/Arizona border and the pictures speak volumes about the arsenal drug cartels are using.

“The guns are from China, South America, Russia and the USA. However the firearms from the USA were sent via operation ‘Blue Lantern’ under the Clinton administration. If I recall correctly America gave Mexico about $6 billion worth of guns, ammo, night vision, grenades, and (my favorite) training,” said Marc Halcon a leading gun industry proprietor and federally-recognized advanced law-enforcement training expert. 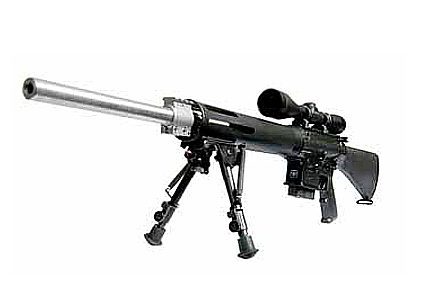