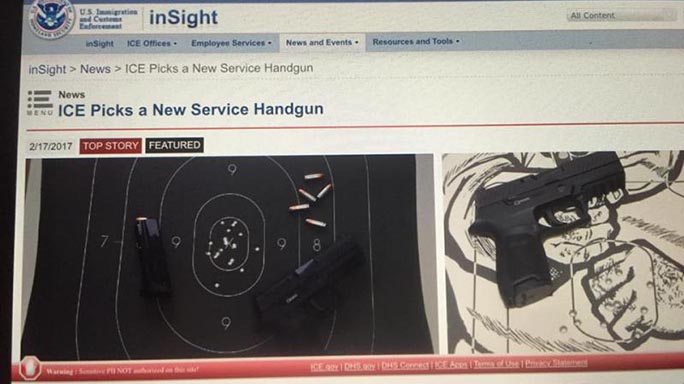 Photo by pistol-forum.com/HCM
This leaked screenshot appears to confirm that Immigrations and Customs Enforcement has picked the SIG P320 as its new duty gun.
Comment(s)

Sig Sauer got off to a monster start this year as the winner of the Army’s XM17 Modular Handgun System competition to replace the Beretta M9, and — if this latest rumor is to be believed — it’s time to pop the champagne yet again: a leaked screenshot of Immigration and Customs Enforcement (ICE)’s internal website reveals that the agency has selected the Sig Sauer P320 as its new service handgun.

As The Firearm Blog — which speculated that this contract could be worth more than $10 million — points out, the leaked image first appeared on pistol-forum.com from a user called HCM. Nothing has been confirmed, but, if true, it would be another huge win for Sig after nabbing the $580 million Army contract for the P320.

The Arms Guide said that “sources inside ICE” have confirmed the authenticity of the screenshot. Those sources also supplied them with the following information. Again, nothing has been confirmed, so we have to take this with a grain of salt until there’s an official announcement.

Early 320’s had some issues – which were addressed. Barrel hood wear was an issue on very early (first six months of production) Full Size models. It was addressed, as were the guns with high POI.

In addition to external changes to the trigger and take down lever, SIG strengthened the striker springs on all 320’s and changed the relief cuts on the Compacts to add mass to the slide”

The Sig P320 would replace the Sig P229 DAK as the duty gun for ICE agents, The Firearm Blog says. 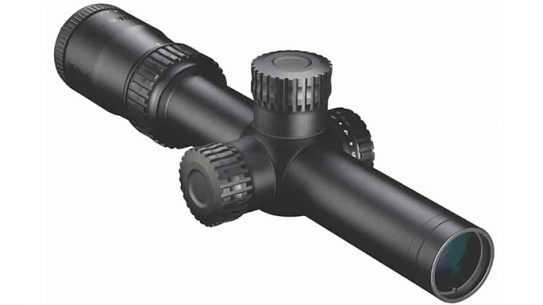 Long-range and AR action shooters take note: Nikon has you covered with its new...