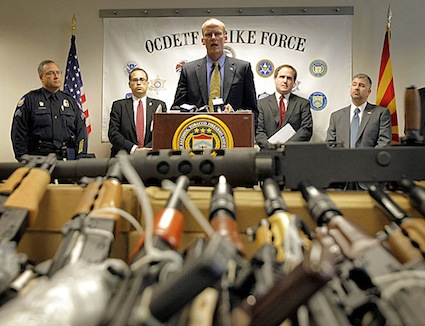 Democrats investigating the failed gun-running probe known as “Operation Fast and Furious” are laying the blame at the feet of officials in Arizona, saying in a new report that lawmakers from both sides of the aisle have “obtained no evidence” implicating high-level political appointees in Washington.

At the same time, the report reveals that two top Justice Department officials, in previously undisclosed interviews, insisted they would have taken action if they had the relevant details, and said it is “absurd” and unfair to suggest they knew early-on about the tactics of Fast and Furious.