WASHINGTON– Iran’s launch of a missile with a 2,000-kilometer range last week is a concrete example of the threat the world faces from missile proliferation, the chief of the Missile Defense Agency said here today. Air Force Lt. Gen. Henry A. “Trey” Obering, said the United States is concerned specifically about the threat posed by developments North Korea and Iran are making in their missile programs.

“Iran is working on an extended-range version of the Shahab-3 and a new 2,000-kilometer medium-range ballistic missile, which they term the Ashura,” the general said at a news conference.

Iran also claimed that it had successfully launched an exploratory space vehicle in February, which, analysts concluded, also was a Shahab-3.

The U.S. concern with the spread of the technology was such that the current and previous administrations invested in fielding the missile defense program. “We needed to protect the United States and then to expand that protection for our deployed forces and our allies and friends in the European theater,” Obering said.

The layered missile defense strategy melds boost-phase defense, mid-course defense and terminal-stage defense together. Various systems from ground-based interceptors, to airborne lasers to sea-based platforms provide protection against a rogue regime trying to launch one or two missiles at the United States or its allies.

U.S. officials are making great progress in integrating the missile defense systems with NATO programs, the general said. Obering discussed some of the systems’ successes.

“In the boost phase, we’ve had great success with the airborne laser,” he said. The laser is mounted in a Boeing 747 and fires through the nose of the aircraft to destroy missiles just launching.

“We have generated the power that we needed on the ground in a 747 fuselage mock-up, and we’ve also flown the aircraft,” he said. “We’ve demonstrated the tracking laser performance and an atmospheric compensation laser performance. All that goes together to show that we can shoot down a boosting missile. And we’re on track to do that next year in a flight test.”

Thirty interceptor missiles at bases in Alaska and California make up the only defense the United States has against long-range missiles, Obering said.

As time goes on, the general said, U.S. defense planners are concerned where countries like Iran and North Korea will go. They worry that the missile proliferators will develop more and more complex countermeasures to go along with their missiles. The agency is working to counter those moves, the general said.

Terminal-phase defense soon will receive another arrow in the quiver, as the agency prepares to deploy the Terminal High Altitude Air Defense system. The THAAD, which will come on line in the next year, shoots down missiles just inside and outside the atmosphere.

Other agency projects include the launch of two space-tracking and surveillance system satellites and a test of missile interceptors scheduled July 18, Obering said.

Tests have indicated the systems are working.

“Overall, since 2001, we have now conducted 35 of 43 successful hit-to-kill intercepts,” Obering said. 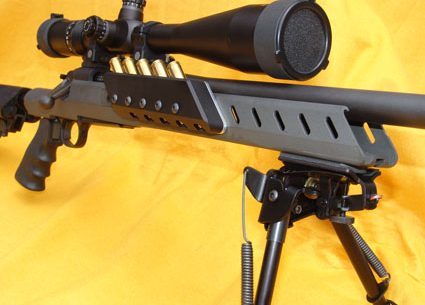 WASHINGTON– Iran’s launch of a missile with a 2,000-kilometer range last week is a…