Jose Guerena, a 26-year-old Marine and Iraq war veteran, was killed May 5 when a SWAT team broke into his home a little after 9:30 a.m. According to Guerena’s wife, Vanessa (who was home at he time, along with their 4-year-old son), Guerena thought the police were home invaders. He ushered his family into a closet, then grabbed a rifle. When the police battered down the door, they saw Guerena and his rifle, and opened fire. The SWAT team released 70 rounds. Guerena didn’t fire a shot; the safety of his rifle was still on.

Last week, Arizona attorney Chris Scileppi filed notice of a $20 million lawsuit against Pima County, Ariz., on behalf of Guerena’s family. The lawsuit provides a good opportunity to look back at what has happened since since the morning of May 5. 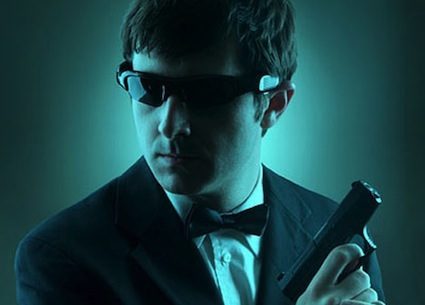 How a Special Ops impersonator duped the FBI.

Jose Guerena, a 26-year-old Marine and Iraq war veteran, was killed May 5 when…