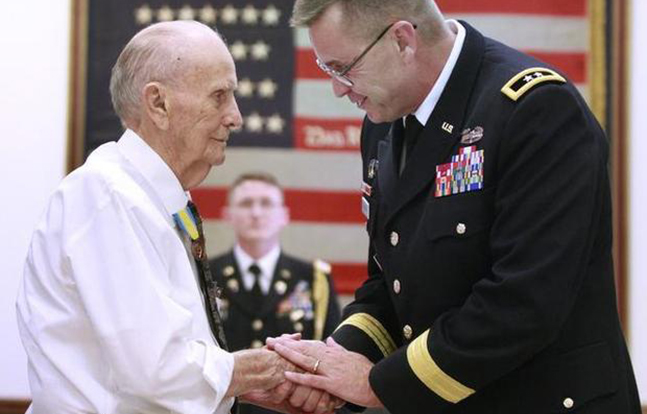 A Retired Army Master Sergeant had to wait 61 years, but finally got his well-deserved medals for service during the Korean War.

James Hayden, who has also been awarded the Silver Star, spent close to three years “imprisoned by North Korean and Chinese troops during the Korean War,” according to the Tacoma-based News Tribune.

The imprisonment came after Hayden had already earned a Silver Star for his brave actions fighting against Germans during World War II.

He was captured with more than 100 other soldiers on Dec. 1, 1950. Hayden remembered an all-night battle. By morning, the Americans were surrounded. Hayden’s commander chose to surrender rather than watch his soldiers die one-by-one.

As a prisoner, Hayden remembered receiving a cup of food in the morning and a cup in the afternoon. Temperatures in North Korea would drop to well below 0 degrees Fahrenheit, making the weather one of the greatest threats to his survival.

… He was not released until Sept. 5, 1953. He came home 65 pounds lighter and with bones so damaged by malnutrition that he spent a year in Madigan Army Medical Center while doctors tried to repair his spine.

“I was just doing my duty,” Hayden told the News Tribune. 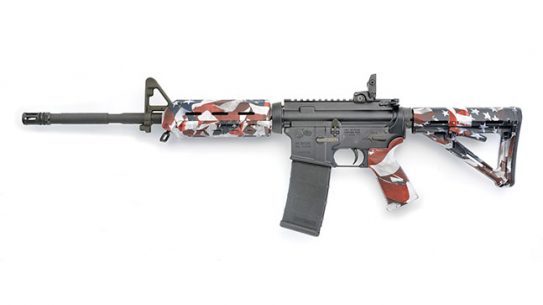 Reliable mil-spec designs from Colt built for self-defense, competition and the hunting trail!