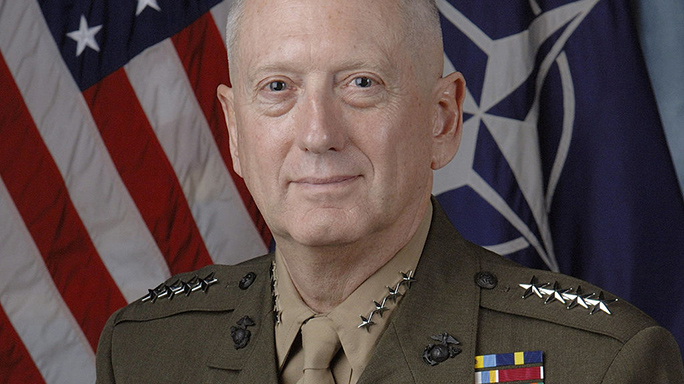 Trump confirmed his plans during a stop on his post-election “Thank You” Tour in Cincinnati last Thursday.

“We are going to appoint ‘Mad Dog’ Mattis as our secretary of defense. But we’re not announcing it until Monday so don’t tell anybody,” Trump said, later telling the crowd, “They say he’s the closest thing to Gen. George Patton that we have, and it’s about time.”

The widely respected retired four-star general is a legend among military members. Known by a few different nicknames, including “Mad Dog,” “Chaos,” (his call sign during the invasion of Iraq) and “Warrior Monk,” James Mattis is revered for his tough, no-nonsense attitude. He’s very outspoken and instantly quotable, with “Be polite, be professional, but have a plan to kill everybody you meet” being one of his most popular pearls of wisdom.

According to Fox News, 66-year-old Mattis enlisted in the Marine Corps in 1969 and was commissioned as an officer in 1972. While ranked as a lieutenant colonel, he led an assault battalion into Kuwait during the first Gulf War in 1991.

Here’s a bit more on Mattis’ credentials, via the Washington Post:

Mattis, whose nicknames include “Mad Dog” and the “Warrior Monk,” has had a leading hand in some of the U.S. military’s most significant operations in the past 20 years. As a one-star general, he led an amphibious task force of Marines that carried out a November 2001 raid in helicopters on Afghanistan’s Kandahar province, giving the Pentagon a new foothold against the Taliban after the Sept. 11, 2001, attacks. Using the call sign “Chaos,” he commanded a division of Marines during the U.S. invasion of Iraq in 2003 and returned there the following year to lead Marines in bloody street fighting in the city of Fallujah.

Mattis continued to rise through the ranks and establish his credentials as a military thinker, co-authoring the U.S. military’s new counterinsurgency manual with then-Army Lt. Gen. David H. Petraeus while Mattis was a three-star general at Quantico, Va.

In 2010, Mattis became the 11th commander of United States Central Command, a position that allowed him to oversee all military operations in the Middle East. He retired in 2013. Since then, he’s served as a visiting fellow at the Hoover Institution, a think tank at Stanford University in California.

As Military Times notes, Mattis will have one obstacle standing in the way of his nomination: current law requires that military personnel be retired for seven years before serving as Secretary of Defense. Therefore, he’ll need to get a special waiver from Congress.

The only time an exception to the law was for General George C. Marshall, who retired from active service in 1947 and served as Defense Secretary under President Harry S. Truman from 1950 to 1951.

Mattis is very highly respected on Capitol Hill, so Military Times says he shouldn’t have any trouble getting the waiver. Arizona Sen. John McCain, who chairs the Senate Armed Services committee, has pledged his support for Mattis.

“He is without a doubt one of the finest military officers of his generation and an extraordinary leader who inspires a rare and special admiration of his troops. General Mattis has a clear understanding of the many challenges facing the Department of Defense, the U.S. military, and our national security. America will be fortunate to have General Mattis in its service once again,” McCain said. 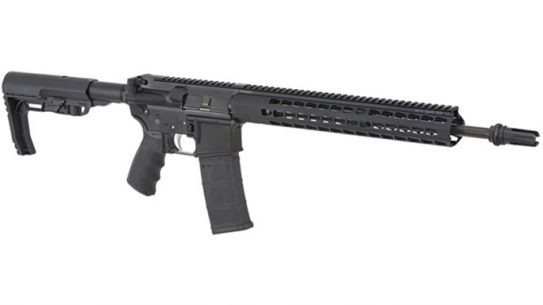 The Bushmaster Minimalist-SD provides accuracy, reliability and performance in both 5.56mm NATO and 300...