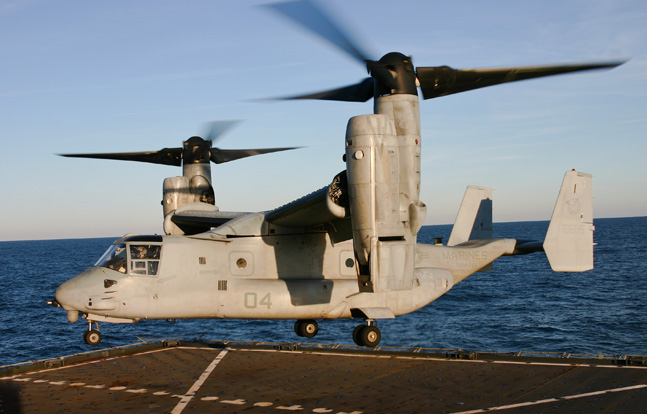 Japan hopes to establish a new unit devoted to amphibious operations, which would include using the V-22 Osprey tilt-rotor aircraft
Comment(s)

Japanese Defense Minister Itsunori Onodera has confirmed plans to establish a 3,000-troop unit devoted to amphibious operations amid territorial disputes with China in the East China Sea. According to the Wall Street Journal, troops with the Japanese Self-Defense Force have received training from the U.S. military in recent years, and the U.S. Marine Corps will serve as the basis for the new unit.

Onodera said that the proposed unit would most likely be based in the southern island of Kyushu or in the Nansei Islands, which includes Okinawa. As the WSJ reports, the unit would handle amphibious vehicles and the V-22 Osprey tilt-rotor aircraft.

“Our nation has numerous remote islands and islands of various sizes, and they give us the basis for our exclusive economic zone that ranks sixth in the world,” Onodera told troops during a tour of Kyushu on Sunday. “That makes it important to provide defense for islands over the coming years.”

According to the Wall Street Journal, Japan will soon increase the rate of exercises with the U.S. military, especially the Marines. Japanese and American troops are currently in the midst of a seven-week amphibious exercise dubbed “Iron Fist 2014” at Camp Pendleton in California.

Japan is currently embroiled in a territorial dispute with China over several small islands in the East China Sea. 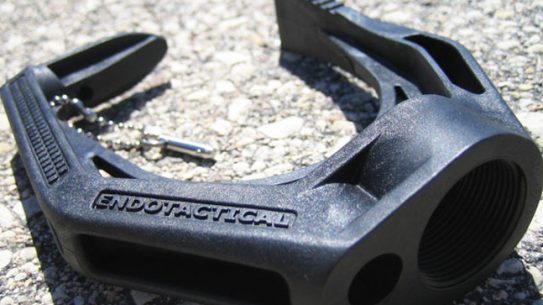 The Endo Tactical Stock Adapter for the Glock is an innovative product which allows...