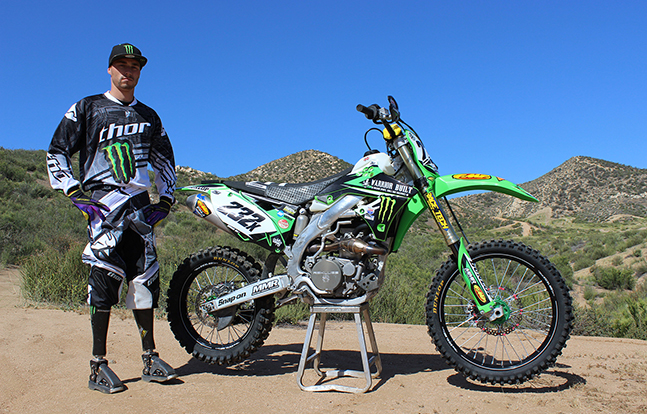 For 24-year-old Jesse Williamson, the explosion led to a downward spiral that included more than 60 surgeries, a double leg amputation, post-traumatic stress disorder, a pain killer addiction and a heroin addiction.

Most people couldn’t find a silver lining in all of the chaos, but Williamson isn’t most people.

At his worst, Williamson’s family got in touch with Nick Hamm, a 1st Sergeant for the Wounded Warrior battalion at Camp Pendleton. It was Williamson and Hamm’s shared love for motocross that originally brought the two together, according to the Associated Press.

While working with the Wounded Warriors battalion, Hamm saw a need for combat veterans to have a place where they could bond with others who have had similar experiences and interests. There were plenty of one-time events, but Hamm, a wounded veteran himself, wanted to create something where veterans could build long-term goals and relationships.

Hamm created Warrior Built, a foundation that is built by combat veterans for combat veterans (wounded or not). Unlike other organizations, the goal of Warrior Built is to get to know the vets and open them up through a combination of vocational and recreational therapy.

Immediately on board for Warrior Built was Williamson, the epitome of what the organization stands for.

Hamm and Williamson work together in the foundation and are on an unending mission to make the transition to coming home easier for returning veterans.

Now Williamson will make history as he joins his Warrior Built team to become the first double amputee to participate in the Baja 500 desert race from June 5-8. Warrior Built will be the only all-combat veteran team.

Williamson will compete on a dirt bike using specially made prosthetics he calls his “moto feet.” The retired Marine has had a passion for motocross all his life and, through Warrior Built’s support, he’ll be competing in his third competitive race. 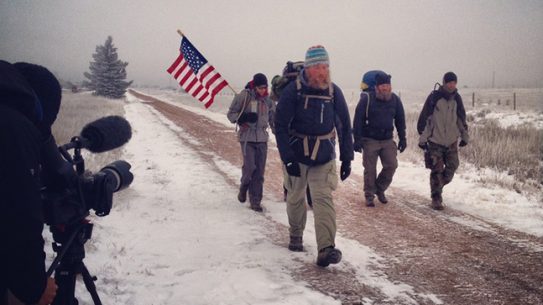 With roughly seven days left to go in its Kickstarter campaign, "Almost Sunrise" is...