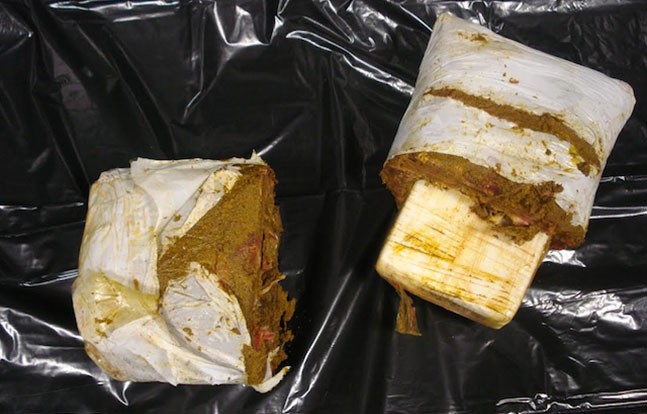 1 of 3
Cocaine Found at JFK
7.35 pounds of cocaine was found inside frozen meat that a passenger allegedly had in his luggage. (Credit: U.S. Customs and Border Protection) 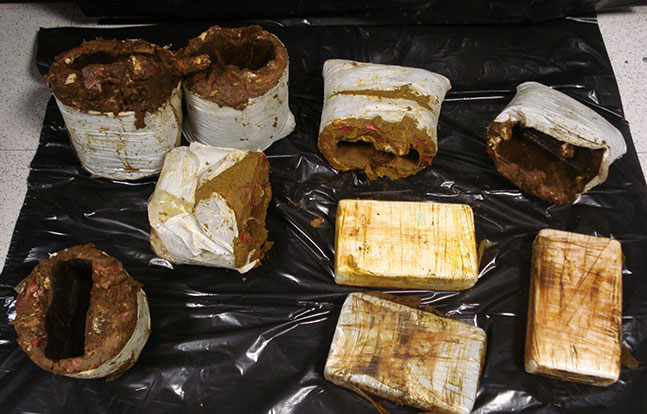 2 of 3
Cocaine-Meat-3
7.35 pounds of cocaine was found inside frozen meat that a passenger allegedly had in his luggage. (Credit: U.S. Customs and Border Protection) 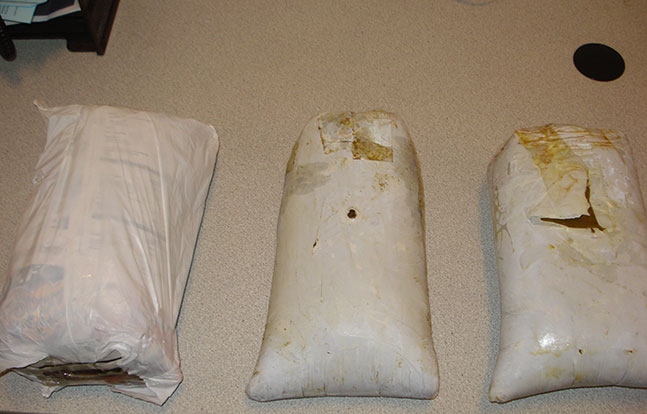 3 of 3
Cocaine-Meat-2
7.35 pounds of cocaine was found inside frozen meat that a passenger allegedly had in his luggage. (Credit: U.S. Customs and Border Protection) 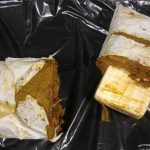 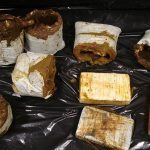 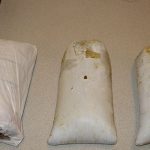 The vigilance of U.S. Customs and Border Protection (CBP) Officers at New York’s John F. Kennedy International Airport paid off in a big way on March 20, as more than seven pounds of cocaine was found inside frozen meat that a passenger allegedly had in his luggage.

According to the CBP, officers stopped Yudishtir Maharaj, who was arriving on a flight from Port of Spain, Trinidad, on March 20. During the course of the inspection, CBP officers discovered three large packages of frozen meat within his luggage.

When probed, CBP officials said the frozen packages of meat produced a white powder that tested positive for cocaine.

Maharaj was arrested for the importation of a controlled substance and was turned over to Homeland Security Investigations, according to the CBP. The total weight of cocaine seized was approximately 7.35 pounds.

The Trinidad & Tobago Express reported that the cocaine was found in goat meat and has an estimated street value between $1.2 million and $1.8 million.

“This latest seizure demonstrates the vigilance of our CBP officers, and their excellence in detecting those who would try to smuggle these illegal substances,” said Robert E. Perez, Director, Field Operations New York.

Maharaj now faces federal narcotics smuggling charges and will be prosecuted by the U.S. Attorney’s Office in the U.S. Eastern District Court of New York.

All defendants are considered innocent until proven guilty. 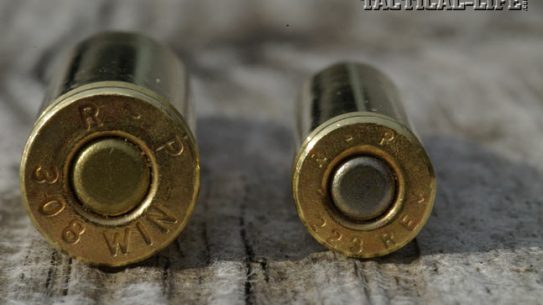