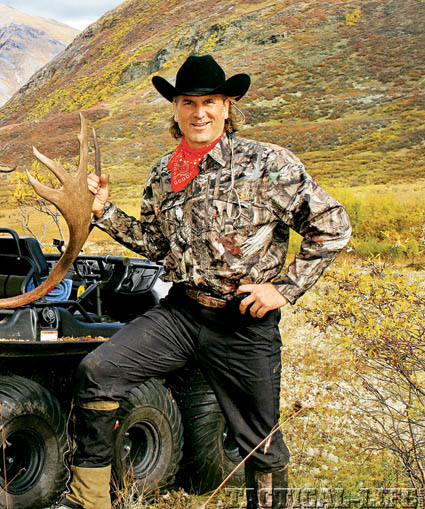 MY FIRST GUN: Technically, my first gun was a “No Name” brand .177-caliber air rifle that I got in exchange for trading a friend a huge bag of “steelies” and a Wrist Rocket slingshot. I say “technically” because my father felt I wasn’t old enough to own a firearm at that point, and I thought I was—so I didn’t tell him. I kept/hid that first gun at a friend/accomplice’s house. Owning that gun meant the ultimate freedom for me, the chance to literally be me! It meant I could sneak away to the gopher fields or a local “rat barn” and hunt to my heart’s content.
My first centerfire rifle was a very tired, old, “sporterized” .303 British that I’m sure only wanted to retire. Someone had taken that poor, worn-out rifle and decorated it with a new wooden stock replete with comb and checkering, turning it into a modernish-looking “hunting” rifle. I shot my first whitetail buck with that rifle when I was 14, but before the next season, I had saved up enough money to trade it in on a new Remington 700 BDL in .270 Win.

MY MENTOR, LESSONS, BEST MEMORY: My father was the finest rifle shot I’ve ever met—surpassed since those early years only by my own daughter Eva and son Branlin. My first hunting lessons were from my father, but soon my hunting “demands” outstripped Dad’s supply, so his brothers pitched in to basically shut me up.
I learned from all of the men who took me hunting as a youth, bits and pieces, but in the big picture, hunting enlightenment came when I met Old Pete Mandziu while I was picking antiques in a Ukrainian community in Saskatchewan. Pete was the best whitetail “jumper” hunter I’ve ever met, before and since. Enlightenment in that I learned how much I didn’t know, will never know and could never know about whitetail hunting! He was my sensei and I was his “Grasshopper.” I miss him.

MOST MEMORABLE HUNT: I was there when Old Pete, whom I was told was a sniper in WWII, aimed his old peep-sighted .303 British at the neck patch of a whitetail so far away that I could barely see the deer with my young eyes. In fact, only the deer’s head and neck were showing over a swale, the rest of its body was hidden. I remember asking Old Pete what he thought he was doing. He smiled, squeezed off his shot and dropped the buck with a perfect shot—perfect and impossible.

SHOOTING TENDENCIES: I’ve shot tens of thousands of rounds over my lifetime, but now if I’m shooting, it’s mostly to make sure my scope is on after an airline flight to some exotic location around the world, or more often than not, to take the animal I’m after. My preference is to use the T/C Pro Hunter with a muzzleloader barrel.

HOW SHOOTING INFLUENCES ME: I think my wife of 27 years, Louise, would tell you it would be far easier for me to answer “what decisions I make without hunting being a factor!” Pretty much every waking moment of every waking day, for me at least, is about hunting in some way. But then, to me, family and hunting are inextricably tied together. As are those great core values that have made Canada and the United States the two best countries in the world—tradition, respect, tolerance, honesty, integrity, hard work. Hunters understand these values and hunters have always been the first ones to stand up and defend those values.

MY GREATEST SHOT: Over 45 years of hunting, there will be more than one time when the stars line up in the heavens and the bullet you send finds its way impossibly to the target. Unfortunately, the reverse is also true! If I had to pick a shot, probably on a Sharpe’s grysbok (about a 10-pound antelope when full grown), dodging around at about 30 miles per hour, through the Tanzanian underbrush at 100 yards. Glimpse. Glimpse. Glimpse. BOOM! I was shooting a muzzleloader—it was lucky.

IF I ONLY HAD ONE RIFLE: My father’s favorite .270 Winchester. He could do amazing things with that gun. I wouldn’t shoot it. I’d just want to hold it once in a while and remember.

IF I WERE NOT A HUNTER I’D BE: That’s easy, I’d want to be an antique dealing/tribal arts archeologist who writes novels and is a rock star on weekends. But the reality is that if I weren’t a professional hunter, I’d be spending every waking minute trying to be one.

BIGGEST LIFE CHANGER: Every adventure adds flavor to the soup, so to speak, but if I had to choose, it would have been my first serious backpack sheep hunt in the Yukon. It nearly broke me by day seven, forcing me to decide if I could continue and, more importantly, if I would continue. I made my choice and have never had to face that same decision ever again.

PASSING ALONG HUNTING TRADITIONS: Never before have we been able to reach into a hundred million households to pass on the hunting tradition—until now. TV is the key that has given us that access and as long as the hunters who appear on the hunting shows, pass on the message to the non-hunting majority, that hunters are people of family, of church, of honor and integrity and that hunters are not the insensitive louts we’ve been portrayed as by the popular press for the last three decades, then we’ll win over the hearts and minds of the non-hunters. And the hunting tradition will live on. I do my best to be a good ambassador for hunting and for hunters every single time I appear in public or on television. 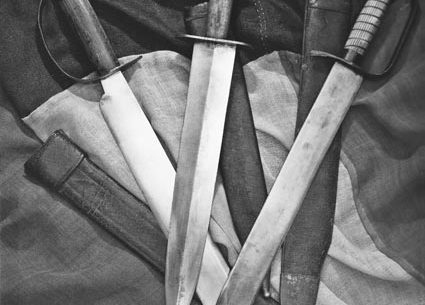 MY FIRST GUN: Technically, my first gun was a “No Name” brand .177-caliber air…