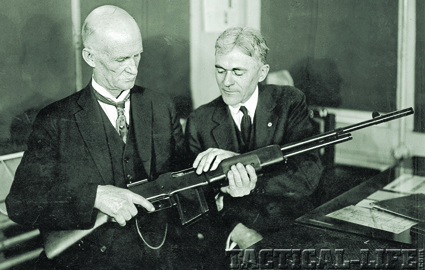 John Browning was the most prolific gun inventor the world has ever known. He was a keen observer of natural phenomena, with a singular talent for putting these phenomena to work doing useful things, doing them well, and doing them reliably. From the first of 44 patents for Winchester, to supplying America its best machine guns in three world conflicts, John M. Browning was by any measure an inventive genius. With some 128 major patents, John Browning invented pistols, rifles and shotguns for Winchester, Remington, Colt, Ithaca, Savage, Fabrique Nationale and others. His innovative, practical designs for sporting and military arms have been used, or copied, by all major powers.

So generally robust were his sporting arms that some became items of military issue, such as the M1895 Winchester rifle, and various pistols and shotguns. So basically sound were his military designs that the Browning recoil-operated machine gun was scaled up from .30-06 to .50 Browning, “scaled down” as the AN M2 aircraft machine gun, and back up as a 37mm aircraft cannon.
His major-caliber pistol designs introduced the “Browning lock” breech that is used in nearly all successful handguns of the type. He also created the arrangement of a slide that telescopes the pistol barrel, still used today in one form or another for nearly all pistols, whether of a mechanical lock or inertial-locked design. 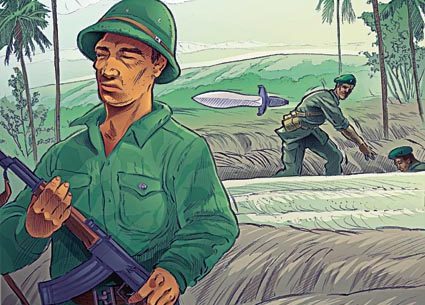 DAGGER OF THE GREEN BERET