We’re big fans of the movie “John Wick” around here. Who wouldn’t want to see Keanu Reeves play an ex-hitman who comes out of retirement to personally take down the Russian mafia because they stole his car and killed his dog? So it goes without saying that we were psyched when the follow-up, “John Wick: Chapter 2,” was announced.

The initial teaser trailer released back in October definitely whet our appetites. It had a ton of cool guns and gear, and it looked to be full of the type of action we saw in the first flick.

If you’re a reader of this site, there’s a lot to be excited about. In the 30-second spot posted above, we definitely spotted Glock pistols and a Benelli M4, as well as an AR which isn’t identified, but IMFDB — bless them — tells us it’s a Taran Tactical Innovations TR-1, which is the company Keanu Reeves did range training with in preparation for this sequel. 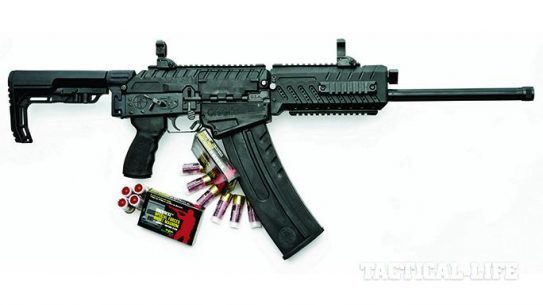 The American-made, AK-ish Fostech Origin-12 semi-auto really has all you need for a tactical...