Back in March, we posted a video of Keanu Reeves getting in some serious range training with Taran Tactical Innovations for his upcoming film “John Wick: Chapter 2.”

It looks like the training paid off, as evidenced by the new trailer that was just released for the film, which is chock full of guns and tactical gear — pretty sure we spotted a Trijicon VCOG sight in there.

The first film was released in 2014, where Reeves plays the title character, a hit man who comes out of retirement to exact revenge on those who wronged him. “John Wick: Chapter 2” picks up right where the first film left off.

Watch the trailer above and see how many guns you can spot. 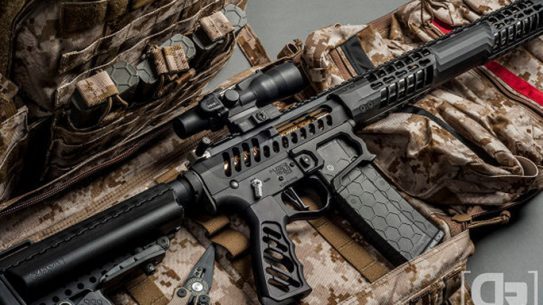