WASHINGTON, May 19, 2009 – The chairman of the Joint Chiefs of Staff identified increasing Middle East security, revitalizing U.S. forces and focusing on global challenges as his top priorities in remarks at the Brookings Institution here yesterday.

Detailing his priority list, Navy Adm. Mike Mullen defined the broader Middle East as stretching from Lebanon to Iran and even including parts of South Asia.

Mullen cited the Afghanistan-Pakistan strategy President Barack Obama’s administration unveiled in March as an example of the regional approach that’s needed. “Certainly, our president and the new administration has put together a comprehensive strategy for Afghanistan and Pakistan,” he said. “And I felt this was vital — to focus on the region, not just focus on one country or the other but, in fact, have a comprehensive strategy for the entire region.”

The military contribution to security is necessary, Mullen said, but not sufficient. He emphasized the need for increased presence of nonmilitary U.S. agencies, and he called for better resourcing of the State Department and the rest of the American government, which he characterized as increasingly “expeditionary.”

“I think it’s an absolute priority that we resource our State Department and other agencies to do this, not just for the near term — and we clearly need those resources in Afghanistan — but also for the long term,” he said.

The chairman said that in Iraq – where roughly 140,000 U.S. troops are deployed – the situation is “fragile” as forces began to draw down in accordance with agreements between Washington and Baghdad.

“And at the same time, we see the strategic growth of required forces in Afghanistan and, again, a focus on Afghanistan and Pakistan,” he said. Mullen added that like Iraq, security in Afghanistan will depend on its own national security forces gaining momentum and responsibility.

“So [there is a] heavy focus, obviously, in my life and with my staff, in engagement on the broader Middle East. But a lot of what’s going on there also applies to other parts of the world,” he said.

Another of Mullen’s priorities – focusing on the health of U.S. forces – also occupies much of his time, he said.

“There’s a resilience in that force, a skip in their step, a capability that is truly extraordinary in its evolution, and really revolution, to become what I believe is the best counterinsurgency force in the world, and in doing so has set a standard about how quickly we can change, given the strategy is put in the right place,” he said.

But despite their counterinsurgency progress in Iraq, he said, the U.S. military is under the strain of multiple deployments and combat stress. He said both the Army and Marine Corps are at their newly increased end strength, but that it will take some time before new troops are trained and can relieve current forces.

“Over the next 18 to 24 months, that stress is going to continue,” he said. “And then after that, I can start to see a time where dwell time [at home stations between deployments] will increase, and we can start to bring the pressure down, based on what I understand right now.”

The chairman also stressed the need to take care of injured troops – including those suffering from traumatic brain injury and post-traumatic stress — and their families, and to care for the spouses and children of those killed.

“And when I say, ‘take care of them,’ I really mean take care of them for the rest of their lives,” he said. “These are young people who have gone out, done what our country has asked them to do, and they should be well taken care of, not just by the Department of Defense or [Veterans Affairs], but by America — communities throughout the land, reaching out to these young people, whose dreams haven’t changed.

Mullen said the Defense Department budget should reflect its care for the people who commit to military service.

Mullen said his other priority is to make sure the United States is adequately engaged in parts of the world that don’t fall under the U.S. Central Command, where American forces are engaged in both Iraq in Afghanistan.

“It’s not a small globe,” he said. “There are challenges that exist throughout the world, and [I’m] making sure right now, with so many of my forces focused in the Central Command area, that I have enough forces that are engaged in other parts of the world.”

The chairman underscored how interwoven the world is – as evidenced by the global financial crisis – and said countries are “very dependent on each other.”

“Stability is a key for the future in that regard,” he said. “And along those lines, that stability — again, not unlike Iraq and not unlike Afghanistan — that stability is going to be a necessary condition, but not sufficient, because we need education development, we need economic development, we need good governance. Those are also key to progress, not [only] in the current conflicts, but progress in the future as well.” 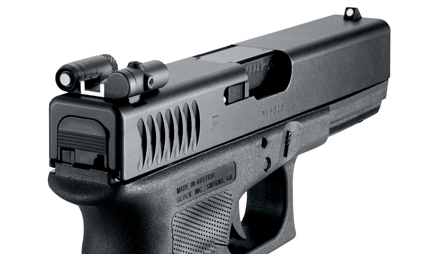 WASHINGTON, May 19, 2009 – The chairman of the Joint Chiefs of Staff identified…