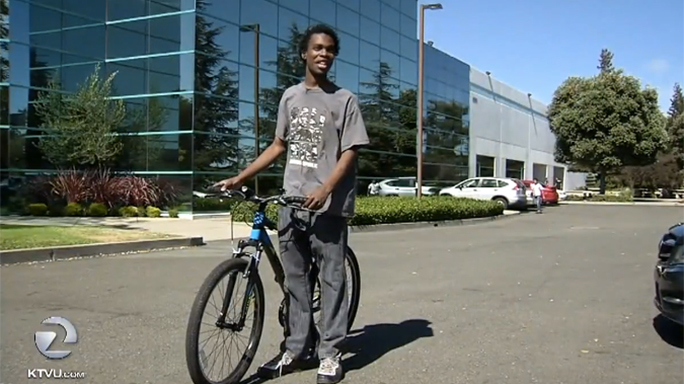 Jourdan Duncan, a California teenager who walked more than two hours each way to make his job at a contract manufacturing plant, has been given a new bicycle to ease his commute, thanks to the local police.

According to the Washington Post, it all began when Cpl. Kirk Keffer of the Benicia Police Department saw a lone teenager walking after 11 p.m. on a stretch of road known as Industrial Way a few Saturdays ago.

“Usually in the industrial area, there’s no foot traffic, so it was kind of weird to see someone walking around on foot,” Keffer said.

Keffer stopped his patrol car and spoke to 18-year-old Duncan, who told him that he was on his way back to his parents’ home in Vallejo after finishing up his shift at Pro-Form Laboratories, where he works on the packaging line from 3 p.m. until midnight.

The officer then gave Duncan a ride home. During the drive, Duncan told him he graduated from Jesse Bethel High School the previous year and had gotten the job at Pro-Form Laboratories in May. He said he was trying to save money for college, with a goal of eventually becoming a California Highway Patrol officer, as he has relatives who were in law enforcement.

According to the Post, the timing belt and an engine valve on Duncan’s 2001 Volvo broke over the summer, and he was forced to ask friends and co-workers for rides, but he felt he was burdening them, so he started walking over two hours each way to work.

“I was just like, wow, Jourdan, that’s really impressive, your dedication and your hard work,” Keffer said. “At age 18, that’s a good work ethic to have, and I said, you know, I admire that. Just keep doing what you’re doing.”

Keffer dropped Duncan off at home and mentioned the encounter to his shift supervisor, who, along with Keffer is a board member of the Benicia Police Officers’ Association. The two of them, along with the other board members, got the money to buy Duncan a brand new $500 bike from Giant Bicycles.

Keffer and a few other officers then surprised Duncan with the bike at work.

“We would like to acknowledge your hard work and dedication for what you do and setting the example for kids your age,” Keffer said they told him. “Hopefully this’ll make your trip easier.”

Duncan told the Post that he is still in touch with Keffer, who has offered to take him on a ride-along to see what it’s like being a police officer.

“It’s something I’ve been interested in since high school. A lot of my family members, they’re in law enforcement,” Duncan said. “It’s like, what they do and, due to a lot of people thinking that there are bad cops out there, I want to prove that all cops aren’t bad — which is true, due to what just happened to me.” 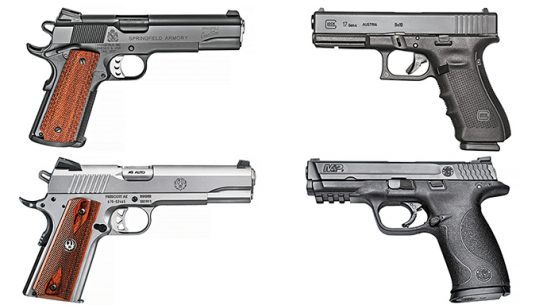