The federal judge who will decide whether to block Arizona’s sweeping new immigration law has dealt with the realities of the state’s porous border for nearly 10 years.

Susan Bolton sentenced a Mexican smuggler to 16 years in prison for leading 14 illegal immigrants to their death in the broiling Arizona desert.
She decided in 2002 that Border Patrol officials had legal immunity and couldn’t be sued for their part in a 1997 immigrant roundup that led to 430 arrests and drew complaints that Hispanics who were U.S. citizens were harassed because of their appearance.

Now Bolton, a former state court judge appointed to the federal bench in 2000 by President Bill Clinton, finds herself in the thick of the biggest question in immigration in years: Whether states frustrated with federal border efforts can dig into the fight against illegal immigration.

“I think she would be the best judge to have on this type of case,” said retired Maricopa County Superior Court Judge Kenneth Fields, describing Bolton as a down-the-middle jurist with a knack for handling complex cases while possessing rich judicial experience that includes stints in criminal, civil, family, juvenile and drug courts.

Arizona’s new law requires police, while enforcing other laws, to question a person’s immigration status if officers have a reasonable suspicion that the person is in the country illegally. Seven lawsuits have been filed challenging the measure, which is set to take effect July 29 unless Bolton blocks it.

Its supporters say it’s necessary because the federal government has failed to secure the borders and deport illegal immigrants. Opponents say there’s no way to enforce the law without racially profiling Hispanics, and that immigration enforcement is the sole responsibility of the federal government.

The stakes are incredibly high. If Bolton rules in Arizona’s favor, it opens the door to states taking on issues that have long been the responsibility of the federal government.

In 2008, Bolton threw out a claim by a woman who alleged her employer broke a federal law on overtime pay. The woman made the claim under federal law but sought more generous damages under a state law dictating when an employee is to be paid. The judge threw out her claim under state law.

Three years earlier, in a lawsuit from a woman who claimed she was harmed by taking a cold medicine, Bolton ruled that a state law immunizing drug makers from most punitive damages in product liability cases was superseded by federal law.

Bolton has declined to be interviewed by The Associated Press about the Arizona law. 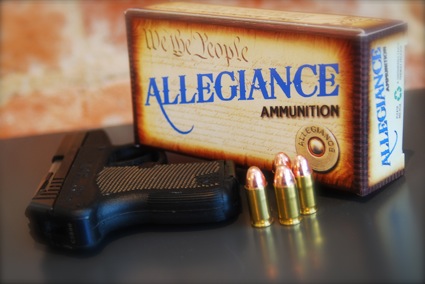