A federal judge on Monday declined to block enforcement of a new Georgia law that bans guns in places of worship, but he also rejected a request to dismiss the suit brought last month by a group seeking to make the state less restrictive on guns.

“It’s not at all discouraging,” said John Monroe, the attorney who filed a lawsuit on behalf of GeorgiaCarry.org and the minister at a Thomaston church.

U.S. District Judge C. Ashley Royal, in a 30-minute hearing, said he would base his decision on the outcome of the lawsuit only on the writings submitted by Monroe and the attorney for the state and Upson County, where Thomaston is the county seat.

Whatever his decision, not likely to come during the summer, it will be taken to the 11th U.S. Circuit Court of Appeals, and that decision also is expected to be challenged in the U.S. Supreme Court.

The lawsuit was filed in early July, almost two weeks after the Supreme Court ruled 5-4 that the Second Amendment’s guarantee of an individual right to bear arms applied to state and local gun-control laws. The court said the Bill of Rights ensured a person could have a gun in the home for protection. The justices, however, left open to state and local governments as to where the lines could be drawn beyond the home. 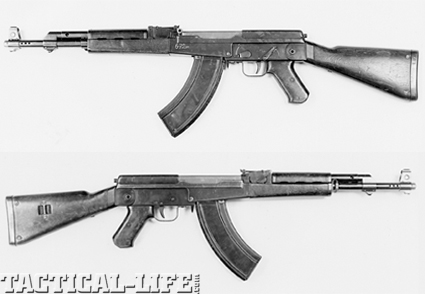 Assault Rifle of The Week