The Justice Department on Thursday sued an Arizona sheriff for refusing to cooperate with its investigation into allegations he and his police force discriminate against Hispanics in his program to crack down on illegal immigrants.

Maricopa County Sheriff Joe Arpaio has conducted regular arrest sweeps to try to round up illegal immigrants and smugglers in the state that has borne the brunt of people trying to sneak into the United States illegally from Mexico.

Arpaio’s crackdown on illegal immigrants has helped thrust the issue to the forefront nationally. The Obama administration is in a legal wrangle with Arizona over a strict new law against illegal immigration that the state passed in April.

The Justice Department had been in negotiations with Arpaio to obtain documents related to the crackdown as well as access to the county’s jails, but those talks broke down and the agency filed a lawsuit to compel his cooperation.

“It is unfortunate that the department was forced to resort to litigation to gain access to public documents and facilities,” Thomas Perez, assistant attorney general for the Justice Department’s civil rights division, said in a statement.

The sheriff said in a statement that during a meeting last week between with Justice Department officials his lawyers committed to cooperate, provide access to his staff and his jails.

“They smiled in our faces and then stabbed us in the back with this lawsuit,” Arpaio said. “The Obama administration intended to sue us all along, no matter what we did to try to avert it.” 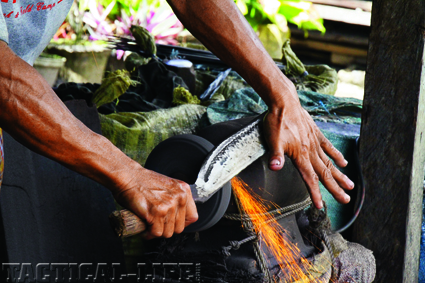