A Kansas City police sniper shot and killed a suspected carjacker Thursday as the 18-year-old man held a knife to his mother’s neck in east Kansas City.

She was distraught but not physically injured, police said.

The afternoon incident began in the 10900 block of East 51st Street, where officers spotted a man suspected of stealing a car at gunpoint last week outside a Fast Stop convenience store on Blue Ridge Boulevard, according to police spokesman Officer Darin Snapp.

When officers attempted to stop the man, he ran into the house he shared with his mother. He pulled his mother, who had been coming out of the house, back inside with him. One officer thought the man had a gun in his waistband. After the man ran inside, it sounded as if he was moving objects to barricade the door, according to Snapp.

Officers began negotiating with the man as tactical officers were called in to surround the house just after 2 p.m. As the officers were setting up, the man came out the back door holding his mother with a knife to her neck.

Snapp said the man was acting in an “aggressive manner” and refused orders to drop the knife. Fearing for the woman’s safety, a tactical officer fired one shot, striking the man, who fell back inside the house.

Read the rest of Tony Rizzo and Christine Vendel’s story at KansasCity.com. 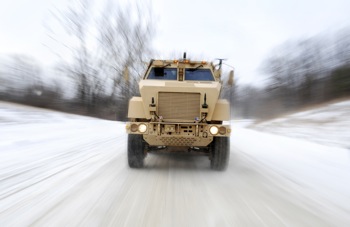