Recently released body cam footage shows convicted felon Kenneth Jones ignore multiple warnings prior to his 2020 fatal shooting at the hands of Omaha Police. Instead, Jones goes for a loaded handgun, so an officer opens fire and ends a clear and present threat.

The Kenneth Jones shooting at once serves as another example of identity politics attempting to alter the narrative. Footage shows witnesses immediately begin saying the officer shot for no reason.

“You shot him for no reason,” someone shouts, reported ketv.com.

“You shot him for no reason. No f*cking reason,” said another witness, reported ketv.com. “Nothing. He did nothing.”

“I get that everybody is looking at it. Legally, and stating he should have just complied, but that doesn’t mean he should have been murdered, and shot,” Shan’e Perkins, the suspect’s sister, told KETV.com.

But body cam footage tells a different story. Footage shows officers yell several clear commands after observing the suspect appearing to dig and reach for something in the vehicle. Jones ignores nearly a full minute’s worth of commands.

“Show your hands!” and “Stop reaching!” ring out on the footage. But Jones keeps reaching, and one officer finally spots a gun. So shots ring out next on video, ultimately killing Jones.

“I shot him,” said officer Dan Faulkner, reported ketv.com. “He pulled a gun. he was digging in the car. We were yelling at him (sighs) … Why couldn’t he just …”

The anti-police movement will attempt to catalog this shooting as another example of race-based police brutality. But the footage shows the suspect — a convict with a gun — forced the situation. He could have complied and lived. Instead, he seemingly attempted to draw on officers. But none of that fits the current narrative. 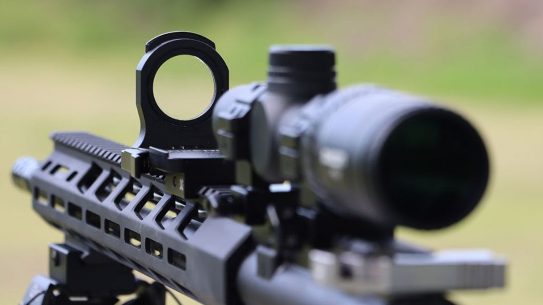