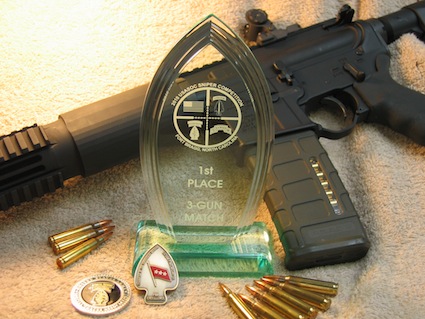 This competition is held with the intent of not only providing a realistic platform for special operations snipers to show what they are made of but to allow for the free exchange of tactics and real world teaching points between operators and vendors.
Vendors from all aspects of the sniper weapons industry were invited to follow the competition and interact with the operators to gleam operational requirements and show off their wares.

The five day competition ran long hours both day and night often in temperatures below 18 degrees F with daytime highs of around 28 F.

The sniper teams were required to fire at distances ranging from 15 out to 750 meters and were tested in all aspects of sniping. The final event for example, consisted of a half mile run uphill in full kit weighing over 75 lbs. These shooters engaged over 50 targets while on the run in order to a rescue an injured crew member in a downed helicopter with battle field explosions and supporting fire to simulate real world battle conditions. 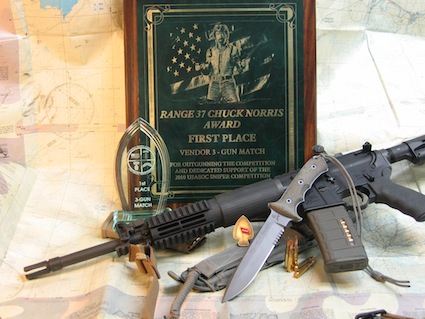 At the conclusion of the competition, all vendors were asked to submit an employee or associate to fire in the Vendor Three Gun match. Spartan Blades was represented by Mr. William Harsey in a field of 32 competitors.
While the match was reported to be a three gun event, namely rifle, pistol, and shotgun the surprise addition of the MP5SD was intended to throw off the competitors. All targets were engaged from or through vehicles with the final stage requiring shooters to engage steel targets from a mobile platform (A moving vehicle).

The surprise winner of the event was none other than Mr. William Harsey, Knife designer and Maker. Bill as he is known to the folks at Ft Bragg was awarded the coveted “Chuck Norris” award for winning the match..

Let’s all hope the Bill Harsey doesn’t give up his career as a knife designer and maker for that of Competitive Shooter! 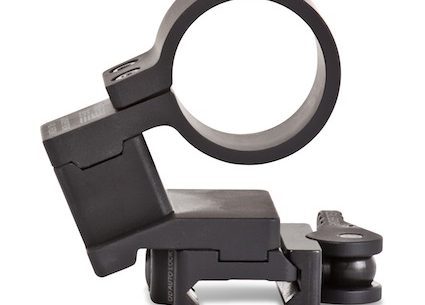 Mr. William Harsey is the winner of the 2010 USASOC Sniper Competition vendor three…