There’s remaining cool under pressure, and then there’s this. In a clip that has been making the rounds online, a female Kurdish sniper can be seen nonchalantly laughing after a bullet misses her head by mere inches during a gunfight in Syria. Check out the amazing footage above.

Task & Purpose says the woman is a member of the YPJ (Women’s Protection Units), an all-female military branch of the People’s Protection Units (YPG), which is a Kurdish militia organization based in northern Syria that has been battling ISIS since its inception. With support from the U.S.-lead coalition, the group is now engaged in a brutal battle to liberate the Syrian city of Raqqa from ISIS control.

The video starts off with the Kurdish sniper taking aim at her target and pulling the trigger. Immediately thereafter, a chunk of wall right behind her head explodes, sending dust and plaster across the room. You’d think she’d be shaken by this—maybe she is and this is her way of dealing with it—but instead she casually laughs it off, sticks her tongue out and, according to the BBC, tells the person filming, “Enough, enough filming.”

As the Sun reports, the footage, which hasn’t been verified, was posted to Twitter by a reporter named Hemze Hamza who is embedded with YPJ fighters. 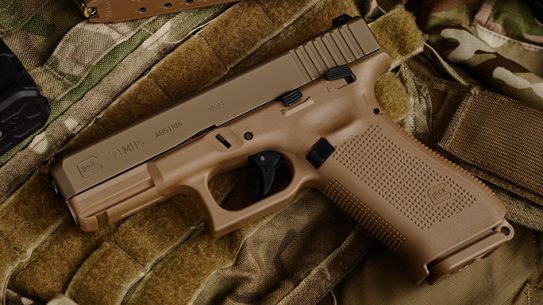