LAPD officers shot a man who stabbed his sister’s boyfriend in the face and attempted to stab his own father last month. The body camera footage capturing this LAPD shooting, complete with commentary from the department’s Force Investigation division commander, can be seen above. 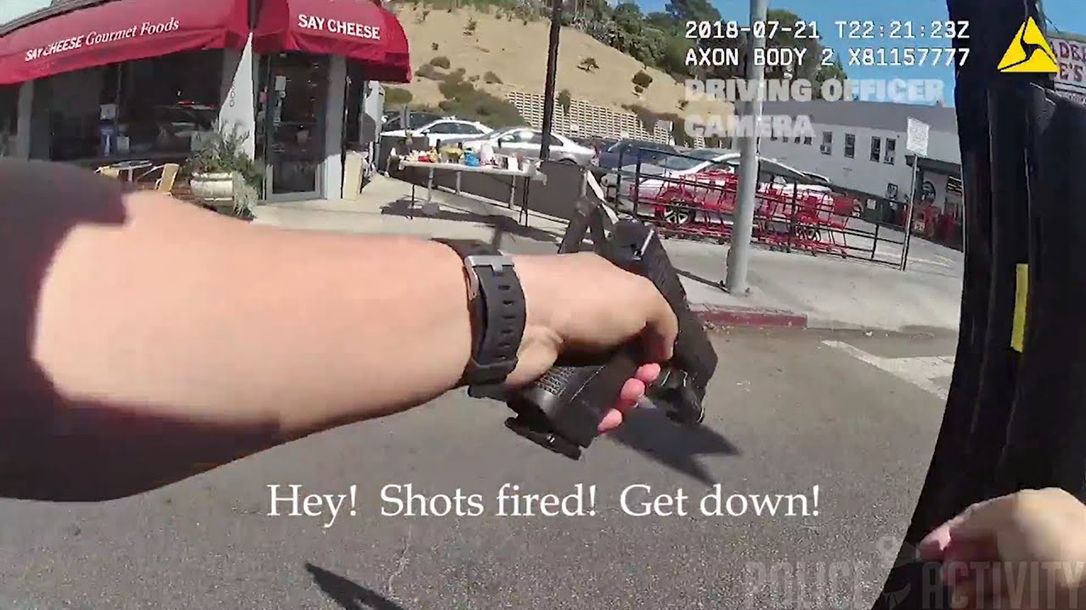 WATCH: Pursuit Ends with LA Shootout, One Dead From Officer’s Round

On June 9 at around 11:45 p.m., officers responded to a call of a stabbing at an apartment in the city’s Lincoln Heights neighborhood. Upon arrival, they discovered the apartment was guarded by a metal security door. While waiting for breaching tools, they observed the suspect—22-year-old Victor Arroyo—armed with a knife and a screwdriver, and fighting with his father.

Arroyo fled to a back room while his father let the officers in. His father remained inside and followed him to the back room.

The officers, arming themselves with a less-lethal bean bag shotgun in addition to their duty guns, moved through the house. When they came to the back room, they saw Arroyo and his father fighting for the knife and screwdriver.

After repeatedly telling Arroyo to drop the weapons, one of the officers fired several rounds from his less-lethal shotgun. The rounds hit Arroyo and push him back slightly, but they had little overall effect.

Arroyo then charged at his father while making slashing motions with the knife. That’s when a second officer discharged his duty gun. Arroyo was shot once in the shoulder and dropped to the ground.

The officers recovered the weapons used by Arroyo, who was transported to an area hospital for treatment. Arroyo’s father didn’t sustain any serious injuries, and the officers were uninjured.

Arroyo, who has a previous arrest for possession of a controlled substance, has been charged with one count of attempted murder and three counts of assault with a deadly weapon. 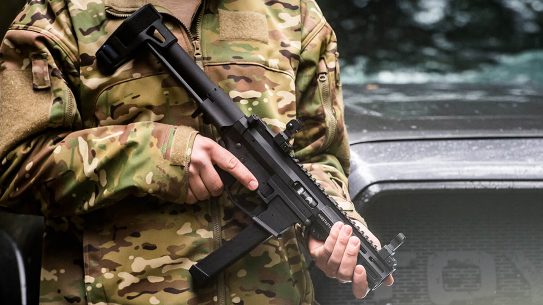 The US Army Is Looking for Sub Compact Weapon Prototypes

Weeks after calling off the search for a Sub Compact Weapon, the US Army...