A 93-year-old man, allegedly upset over water damage in his apartment, shot a maintenance worker in both legs in a fit of rage to kick off 2020. A Las Vegas police officer arrived on the scene, just in time, taking the man down and stopping the threat. Recently released CCTV and officer body cam footage shows the wild scene unfold. Skip to 5:30 in the video above to see the incident. 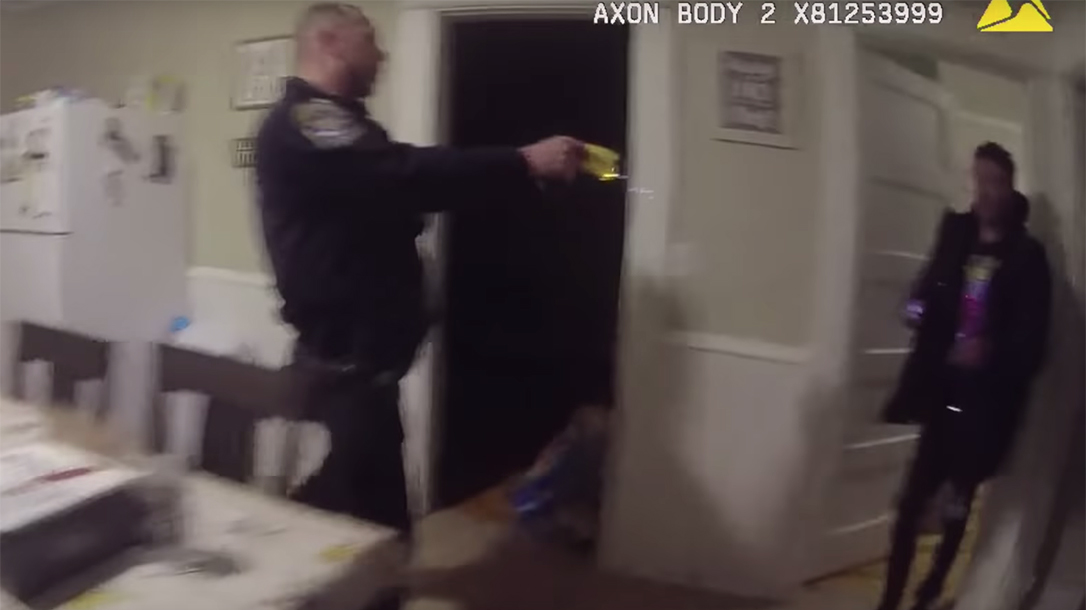 Footage of the Jan. 2 event shows the 93-year-old gunman, Robert Thomas, enter the leasing office. In short order he pulls out a Glock 19, police said. Though there’s no audio with the video, footage shows the scene quickly escalate, as Thomas puts a round into a computer, shooting in the direction of an unidentified woman. The woman dialed 9-1-1, police said.

Thomas next turned his attention back to the maintenance worker, first shooting him in the right leg. The man folds up after the shot, falling from his seat down onto the ground, in obvious pain. Thomas hovers over the victim for some time, then he inexplicably shoots the man in the other leg.

That’s when officer Ronald Hornyak arrives on the scene and fires one shot through the glass door. The bullet passes through Thomas’ jacket, but does not strike him, according to reviewjournal.com. Footage shows Thomas seemingly recognize the officer shot at him, as he quickly puts his gun down. By this time, Hornyak makes it through the door and sees the suspect is now unarmed. He swiftly takes down Thomas, finally ending the threat.

Police said Thomas has no criminal history. Police charged him with attempted murder with a deadly weapon, kidnapping with a deadly weapon, carrying a concealed weapon without a permit, burglary with a gun and discharging a gun inside a structure or prohibited area. Meanwhile, the victim received medical treatment; authorities said he is recovering well at home. 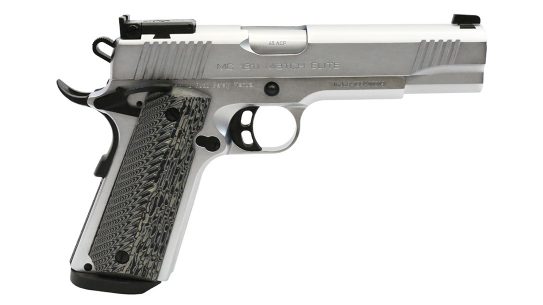 Loaded with high-end features, yet priced well under $900, EAA Match Pistols deliver the...