The Las Vegas PD engaged in a deadly encounter with an armed carjacker April 21. Officer body cam footage shows the entire incident. The suspect leveled a sawed off shotgun at officers, prompting the fatal shooting. Police released footage of the entire incident from not only body cameras on the ground, but also the chopper in the sky. Watch the video above.

Footage shows the suspect’s vehicle suddenly stops in the street. Rosa then steps out and advances on a red car waiting to turn into the street. Rosa carries a sawed off shotgun as he approaches the vehicle, apparently about to carjack the individual. But officers in unmarked cars arrive just in time.

Police say officers immediately issued warnings, according to reviewjournal.com, though the footage provides no audio at the time of shooting. However, it’s clear the suspect turns holding the sawed off shotgun. The suspect appears to point the shotgun toward the first responding officer, who opens fire on Rosa. 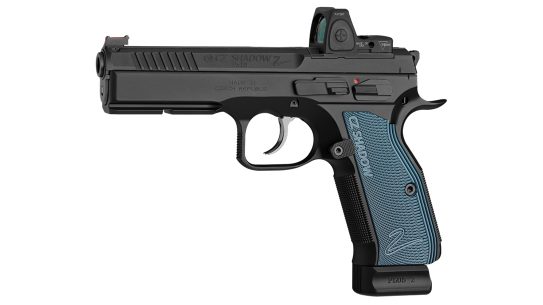