Anyone with an e-mail account likely knows that police can peek inside it if they have a paper search warrant.

But cybercrime investigators are frustrated by the speed of traditional methods of faxing, mailing, or e-mailing companies these documents. They’re pushing for the creation of a national Web interface linking police computers with those of Internet and e-mail providers so requests can be sent and received electronically.

CNET has reviewed a survey scheduled to be released at a federal task force meeting on Thursday, which says that law enforcement agencies are virtually unanimous in calling for such an interface to be created. Eighty-nine percent of police surveyed, it says, want to be able to “exchange legal process requests and responses to legal process” through an encrypted, police-only “nationwide computer network.” (See one excerpt and another.)

The survey, according to two people with knowledge of the situation, is part of a broader push from law enforcement agencies to alter the ground rules of online investigations. Other components include renewed calls for laws requiring Internet companies to store data about their users for up to five years and increased pressure on companies to respond to police inquiries in hours instead of days.

But the most controversial element is probably the private Web interface, which raises novel security and privacy concerns, especially in the wake of a recent inspector general’s report (PDF) from the Justice Department. The 289-page report detailed how the FBI obtained Americans’ telephone records by citing nonexistent emergencies and simply asking for the data or writing phone numbers on a sticky note rather than following procedures required by law. 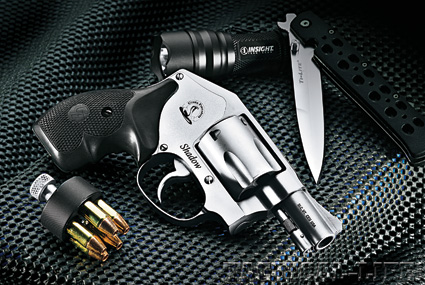 The Cobra Shadow .38 Special revolver is a lightweight reliable snubbie for the savvy...