“We urge the Supreme Court to listen to the voice of those who put their lives on the line every day to protect communities from gun violence,” said Brady Center President Paul Helmke. “The law enforcement community has argued, clearly and forcefully, for allowing the life-and-death issues raised by gun violence to be decided by the elected representatives of the people, without the interference of courts anxious to distort the Second Amendment’s meaning.”

The brief, filed in District of Columbia v. Heller, argues that the lower court ruling, if affirmed, would grant courts unprecedented authority to nullify the decisions of elected officials to adopt measures they believe are needed to protect their communities from gun violence. (It is posted online at http://www.bradycenter.org/xshare/pdf/heller/07-290tsacBradyCenter.pdf.)

Nine national law enforcement groups, representing thousands of police executives and rank-and-file officers, have joined the brief, which points to the long history of local, state and national laws to reduce the danger of gun violence, “with demonstrable public safety benefits.” For example, the brief cites the success of Brady Law background checks, which have prevented more than 1.4 million felons and other legally prohibited buyers from purchasing guns, contributing to a sharp national drop in gun crimes and homicides following the enactment of the statute in 1993. According to the brief, “this Court should not grant courts the unprecedented power to second-guess legislative decisions on the control of deadly weaponry.”

The brief also points out that the United States Supreme Court, in a 1939 precedent, had ruled that the “right of the people to keep and bear Arms” in the Second Amendment “must be interpreted and applied” in accord with its expressed purpose to ensure the effectiveness of state-regulated militias. The March 2007 ruling by a 2-1 majority in the U.S. Court of Appeals for the District of Columbia, by finding that the right guaranteed is not limited to service in a state militia, defies this precedent and improperly nullifies the militia language of the Amendment and the intent of the Framers, according to the brief.

The D.C. Circuit’s ruling was the first in history by a federal appeals court to strike down a gun law as a violation of the Second Amendment. The appeals court invalidated the District’s strict handgun law, enacted by a unanimous D.C. Council in 1976. The case is expected to be argued in March and decided in June.

The Brady Center’s Legal Action Project is the nation’s leading defender of gun laws in court, appearing in over twenty-five cases defending such laws against attack by the gun lobby and criminal defendants. The Center has published a 60-page on-line critique of the D.C. Circuit ruling, entitled Second Amendment Fantasy and appearing at http://www.bradycenter.org. and http://www.gunlawsuits.org. The brief was written by Legal Action Project lawyers and the law firm of Wilmer Cutler Pickering Hale and Dorr LLP. 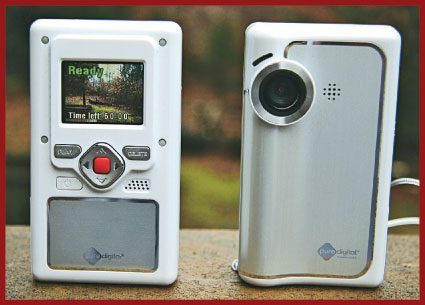