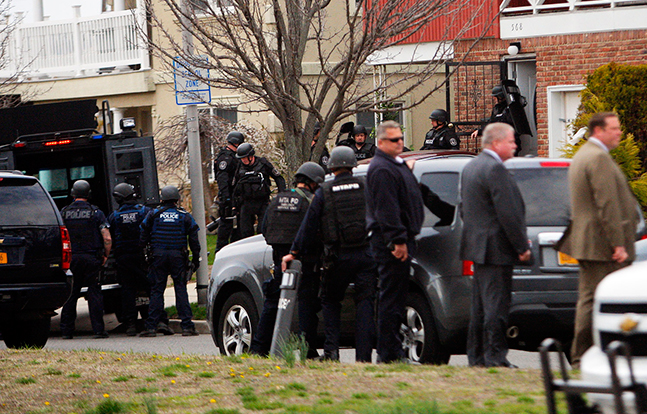 An image from a swatting incident that took place in Long Beach, N.Y., on April 26, 2014, after a sore loser in an X-Box video game called in the prank. (CREDIT: Victor Alcorn)
Comment(s)

The department deploys its SWAT unit, complete with an armored vehicle and assault rifles, to a home in a quiet and peaceful suburban community. The SWAT team arrives at the home and strategically enters, clearing each room before realizing that nobody is home and the initial phone call was a hoax.

Known as “swatting,” the above hoax — both dangerous and expensive — has happened countless times across the United States, like this past Saturday, June 14, in Waco, Texas.

According to the Waco Tribune:

Matt Cawthon, chief McLennan County sheriff’s deputy, said his department responded to one such call Saturday afternoon when a female voice told dispatch, “I’m locked in the bathroom, my dad’s got a gun and he’s shooting.”

When deputies quickly arrived at the alleged scene, they found nothing.

A report from VICE (see video below) details the epidemic that has swept across the nation since 2008 when it was first documented.

The number of swatting attacks, which have been done to celebrities like Justin Timberlake and Ashton Kutcher, has continued to grow due to the simplicity of pulling off such a prank.

Vice reported that items such as “disposable cell phones, Internet call services and even number-disguising apps” have made the swatting trend more readily available to those looking to take part in such a dangerous hoax.

On the other end of the hoax, 911 operators cannot discern fact from fiction and must take all threats seriously until proven otherwise. It is this certainty that the pranksters prey upon.

“We respond to the calls that are given to us by 911,” Cawthon told the Waco Tribune. “That’s all any patrol officer can do, and we rely on that information. When someone says there’s an active shooter in a school or a bomb scare, we have to react in a certain manner out of an abundance of caution.”

Swatting not only creates an unsafe situation at the address at which the hoax was called in to, but also ties up units from responding to actual life-or-death situations.

While law enforcement agencies look to combat swatting, those who are caught taking part in the prank tactics will suffer serious consequences.

“If we find the people responsible for this, we’re going to arrest and urge prosecution to its fullest,” Cawthon said. “We want to send a strong message to anyone else who might choose to pull a prank like this.” 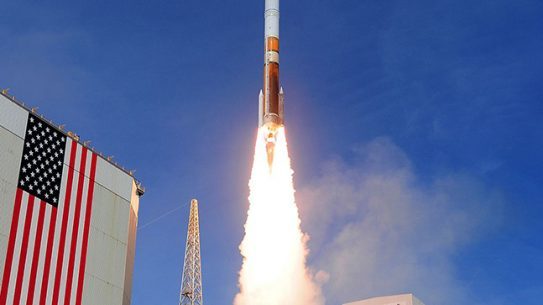