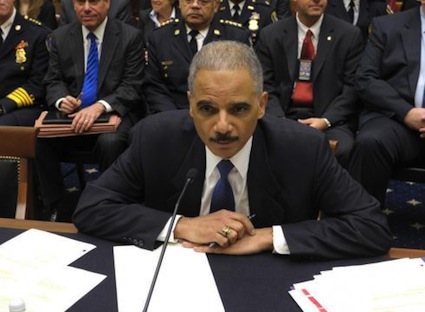 Two top Republican lawmakers are questioning the independence of the Obama administration investigator tasked with probing Operation Fast and Furious, saying it appears her office is choosing not to interview high-level political employees in the Justice Department.

“Apparently, despite the advanced stage of its review, your office has not interviewed several key figures in Fast and Furious,” they wrote of the controversial and defunct gunwalking operation undertaken by the Bureau of Alcohol, Tobacco, Firearms and Explosives, or ATF.

Soldier accused in Afghan killings on his way to Kansas base (video).