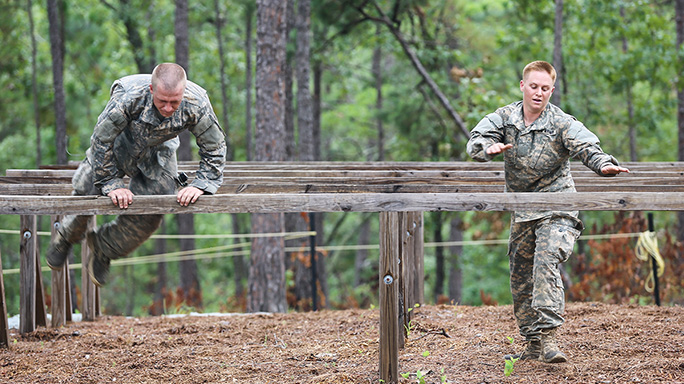 When Maj. Lisa Jaster graduated the grueling Ranger course on Fort Benning, Ga., Friday, she was touted as the third female Soldier ever to master the traditionally rigorous training endured by all who wear the Ranger tab with pride.

A lesser known distinction setting Jaster apart is the fact that she is one of several thousand Soldiers, who serve their country under the auspices of a specialized component of the Army’s Select Reserve – the Individual Mobilization Augmentee, or IMA, program.

“Whenever the announcement came out, she jumped right on it,” said Maj. Doug Armstrong, chief of operations at the U.S. Army Engineering and Support Center, or ESC, in Huntsville, Alabama. Among other duties, Armstrong is the unit administrator for 24 IMA Soldiers presently assigned to the ESC, Jaster among them.

“She is a very motivated, driven Soldier. Anything you give her, she will do and do it well. And that’s what you need for Ranger School,” he said.

Jaster is a U.S. Military Academy at West Point, New York, graduate and mother of two, married to a Marine Corps Reserve officer. In her civilian career, she is a project manager with Shell Oil Co. – specializing in oilfield issues. As a Soldier with military occupational specialty, known as MOS, 12A, engineer, she transferred from active duty to IMA status in May 2012, said Beverly Watkins, IMA program coordinator at U.S. Army Human Resources Command, or HRC.

The IMA program contributes to meeting military manpower requirements throughout the Army, assigning Soldiers with particular skills to active-duty units, Watkins said. It services enlisted Soldiers in the rank of sergeant and up, and officers in the rank of captain through major general, she said.

“It’s a large chunk of the military support to the center,” Armstrong said. “I rely on HRC to make all the arrangements and do all the organization on the personnel side. They do all the work, I get all the credit.”

Pulling IMA Soldiers with particular skill sets gives the ESC, and units across the Army, a granular level of flexibility in finding the right Soldier to meet specific mission requirements. The IMA pool of expertise means that units can find individual Soldiers with the necessary depth of skill and experience in a host of professions and crafts, he said.

Take plumbers, for instance. An IMA Soldier with the 12K MOS – plumber – would make for the right Soldier in the right place with right skill set to meet the mission, Armstrong said.

“He’s an expert. He’s been doing it for years, in uniform and in the civilian world. You’re not going to find anybody better qualified or more experienced than that,” he said.

In Jaster’s case, the IMA program allows the Army to pinpoint where her professional expertise can best serve the Army.

“She brings that experience back to the Corps,” Armstrong said. “The Corps has very specialized technical missions, so we focus on finding people with the right talents. For instance, the Corps provides technical expertise for medical facilities, designing hospitals for the Army and the Air Force. They also have some outside the continental United States missions, chemical demilitarization for instance. She supports whatever projects the center needs help with. It changes based on the commander’s priorities.”

As an IMA Soldier, Jaster can also avail herself of training and education support, such as attending Ranger School.

“There was excellent coordination between her agency [ESC] and HRC’s Officer Personnel Management Directorate, Army Reserve Officer Division, and the G3 to get orders sending her to this school,” said Maj. Christy Orser, an Individual Ready Reserve and IMA career adviser with HRC.

“The real key is, Maj. Jaster is an Army Reserve Soldier, who may not get the support that active duty members do. But as IMA supports the Corps, Jaster is being supported by HRC and OCAR [the Office of the Chief, Army Reserve] to further her education and training,” Armstrong said.

“That measure of success has been met. HRC and the unit supported the Soldier to get the training, the development, the experience she needed to be the best she can. And that’s the benefit to the Army,” he said.

“Army Reserve Soldiers have always been an integral element of our Army,” said Brig. Gen. B. Lynne Owens, HRC deputy commanding general. “IMA Soldiers play critically-important roles in many of our formations.”

There are more than 4,000 IMA positions across the Army in numerous MOSs with more than 1,000 presently unfilled, Watkins said.

“There are many unique assignments that offer considerable flexibility in balancing service with other career and family considerations. IMA positions can be especially appealing to Soldiers who are in transitional stages of their careers. It is designed for the entrepreneur,” she said.

“The IMA program in particular offers Soldiers a range of opportunities to continue and advance their careers while rendering vital support to the Army and service to the nation,” Owens said. 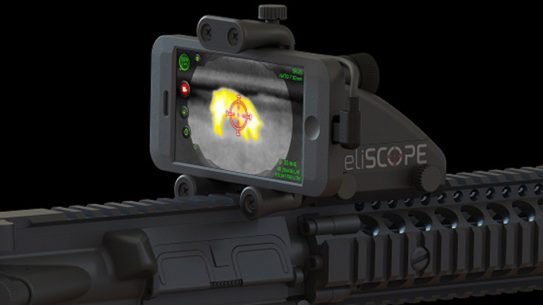 Inteliscope's PRO+ rifle mount with the Seek Mounting Kit will now be available for...