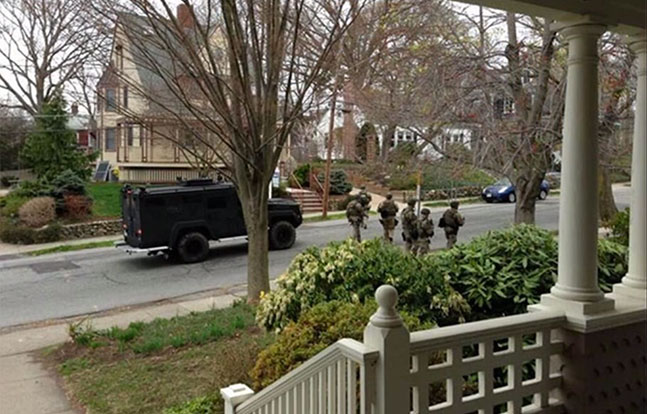 Neenah has not seen a homicide in five years, according to the New York Times, and has a violent crime rate way below the national average. Yet the city some 50 miles west of Lake Michigan has an armored vehicle and numerous other military-grade firearms.

The transfer of wartime weapons to police departments across the United States is a growing trend with the near 15-year war in the Middle East coming to a slow end.

During the Obama administration, according to Pentagon data, police departments have received tens of thousands of machine guns; nearly 200,000 ammunition magazines; thousands of pieces of camouflage and night-vision equipment; and hundreds of silencers, armored cars and aircraft.

The addition of the tactical gear and weaponry is for local SWAT teams as a precautionary measure.

Ideally, law enforcement agencies won’t have to use the equipment on a regular basis, but there are circumstances that call for a different approach. The BearCat, a tactical armored vehicle developed by Lenco Industries, played a vital role after the 2013 Boston Marathon bombing and ensuing search for the suspects in Watertown, Mass.

Congress created the military-transfer program in the early 1990s, when violent crime plagued America’s cities and the police felt outgunned by drug gangs. Today, crime has fallen to its lowest levels in a generation, the wars have wound down, and despite current fears, the number of domestic terrorist attacks has declined sharply from the 1960s and 1970s.

While the additional firearms and other military gear might seem over the top given the decline in crime, the equipment isn’t there because of alarming numbers, but because of the “what if” scenarios law enforcement agencies across the country are forced to consider everyday.

“I don’t like it. I wish it were the way it was when I was a kid,” Neenah Police Chief Kevin E. Wilkinson told the New York Times. “We’re not going to go out there as Officer Friendly with no body armor and just a handgun and say ‘Good enough.'” 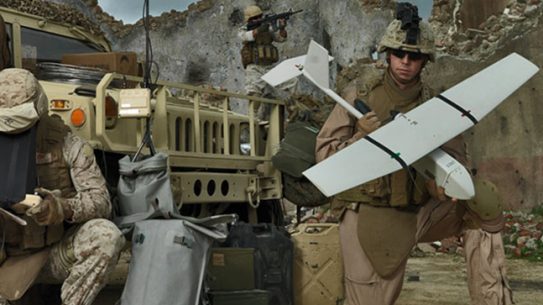 The RQ-11B Raven, developed by AeroVironment, is a unmanned aircraft weighing less than 5...