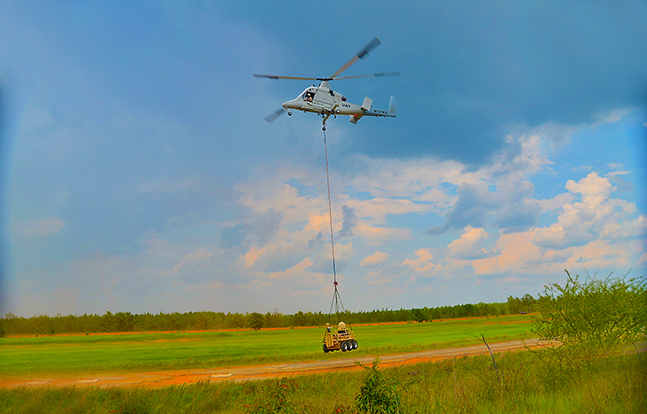 The demo was completed in collaboration with the U.S. Army Tank Automotive Research, Development and Engineering Center (TARDEC).

During the “Extending the Reach of the Warfighter through Robotics” capability assessment at Fort Benning, Georgia, K-MAX delivered SMSS by sling load to conduct an autonomous resupply mission scenario for soldiers defending a village. At mission completion, SMSS proceeded to an observation point where it raised its Gyrocam sensor and began scanning the area for enemy forces. In an actual mission, upon observation of enemy forces, the remote operator would notify the commander on the ground, who would assess the threat and determine the appropriate method of neutralizing it.

“Fully autonomous capabilities as we’ve just demonstrated will allow service members to focus on important missions and remain out of harm’s way,” said Scott Greene, vice president of Ground Vehicles for Lockheed Martin Missiles and Fire Control, in a release. “This successful demonstration with both unmanned air and ground vehicles shows us that these missions are not only possible, but can be available much sooner than you would expect.” 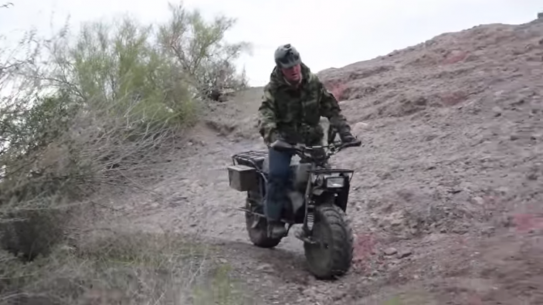