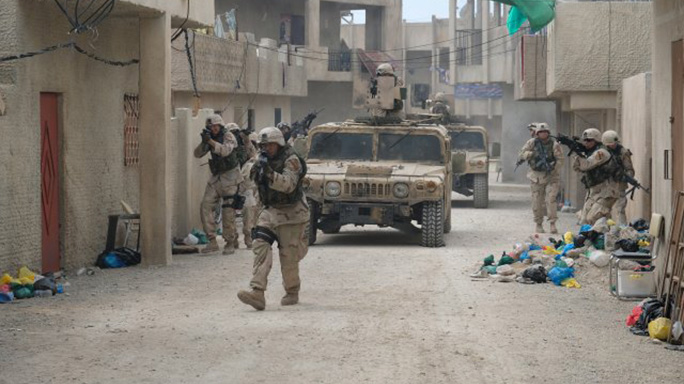 1 of 3
Photo by National Geographic/Van Redin
VIDEOS: Iraq War Drama ‘The Long Road Home’ Premieres Tomorrow
Cast members of The Long Road Home miniseries perform a scene inside a fabricated Middle Eastern town at Fort Hood, Texas. The structures were made to resemble portions of Sadr City, a neighborhood in Baghdad where 1st Cavalry Division Soldiers were ambushed in April 2004. 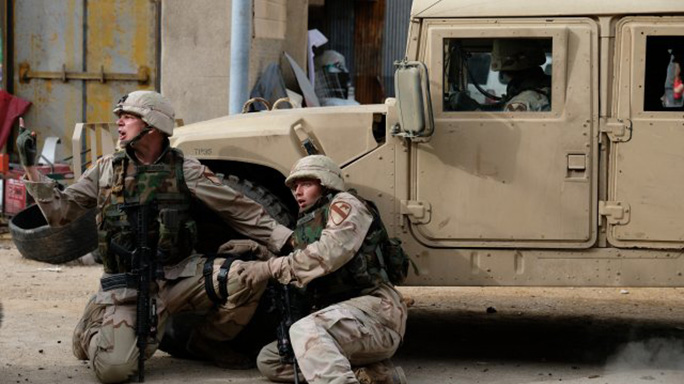 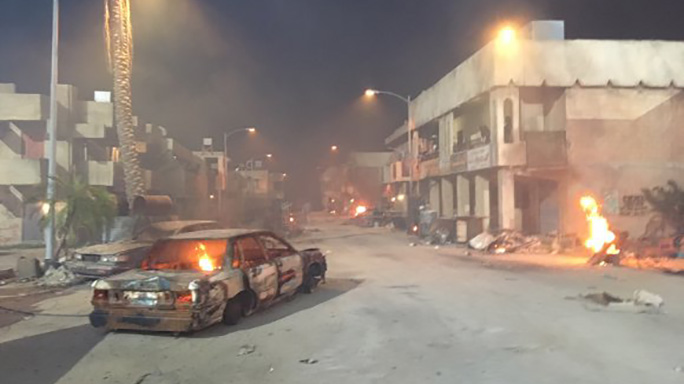 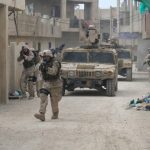 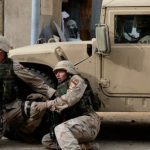 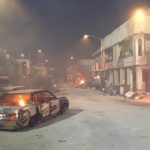 The story of “Black Sunday,” that fateful day in 2004 when 1st Cavalry Division soldiers were ambushed in Sadr City, Baghdad, resulting in the deaths of eight U.S. troops and more than 60 wounded, is coming to the small screen in a miniseries called “The Long Road Home.”

Based on the New York Times bestselling book of the same name written by ABC News Chief Global Affairs Correspondent Martha Raddatz, “The Long Road Home” is a “story about bravery, brotherhood and the heroic sacrifices we ask our armed forces and their families to make in our name,” executive producer Edward McGurn said in a press release announcing the show.

The show is eight episodes in length and stars Michael Kelly (“House of Cards,” “Taboo”) as Lt. Col. Gary Volesky, the battalion commander who leads a rescue operation when the 1st Cavalry Division is attacked; Jason Ritter (“Parenthood,” “Girls,”) as Capt. Troy Denomy, who must lead rescue convoys into the city following the ambush; Kate Bosworth (“Blue Crush”) as Capt. Denomy’s wife, Gina; E.J. Bonilla (“Unforgettable”) as Lt. Shane Aguero, the leader of the ambushed men; Sarah Wayne Callies (“The Walking Dead”) as LeAnn, the wife of Lt. Col. Volesky; Noel Fisher (“Shameless”) as Pfc. Thomas Young, a 24-year-old soldier severely wounded in the seige; and Jeremy Sisto (“Six Feet Under,” “Suburgatory) as Staff Sgt. Robert Miltenberger, a soldier who is about to retire when he’s stop-lossed for this deployment.

Judging by the reviews we’ve seen thus far, this one shouldn’t be missed. Check out the official synopsis.

The Long Road Home will relive a heroic fight for survival during the Iraq War when the First Cavalry Division from Fort Hood, Texas, was ferociously ambushed on April 4, 2004, in Sadr City, Baghdad — a day that came to be known in military annals as “Black Sunday.” The event series will cut between the soldiers on the ground and the homefront in Texas, where their wives and families await news for 48 hellish hours, expecting the worst.

“The Long Road Home” premieres Tuesday, Nov. 7, on National Geographic. Below, watch the initial trailer, along with an extended behind the scenes look at the show. 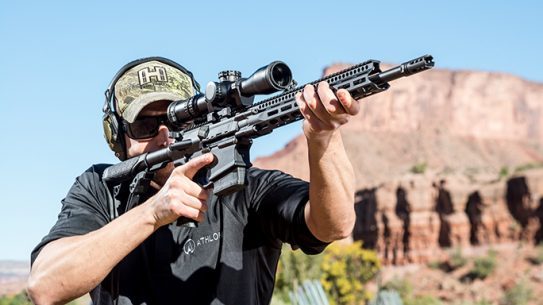 Some might see the big bore market as overcrowded and stale, but the Daniel...