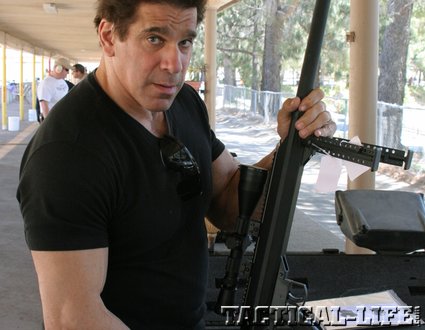 Just about everyone on Earth knows who Lou Ferrigno is. Some know him as one of the world’s most-famous bodybuilders and a holder of the Mister America and Mister Universe titles. But most know him for portraying The Incredible Hulk in a television series beginning 1977 and in several TV movies through 1990. He has also supplied the voice of the Hulk in live-action and animated shows, including in 2012’s mega-hit film The Avengers. Lou also made regular appearances as Kevin James’ neighbor on King of Queens and took on Donald Trump on Celebrity Apprentice.

But what people don’t know is that Lou comes from a law enforcement family and has devoted his time off the movie set to his work as a Deputy with the Sherriff’s departments in Los Angeles and San Luis Obispo. An avid shooter and gun-owner, Lou takes gun safety and our Second Amendment rights very seriously.

MY FIRST GUN: My father, Matt, was a New York City policeman and bought me a Wyatt Earp toy when I was a kid! I got my first real gun when I purchased a Smith & Wesson .357 Magnum when I was living alone in Ohio.

FAVORITE GUNS: [That is, if the wonderful State of California said you could only own one rifle, one pistol, one shotgun, what would they be?] My rifle would be the semi-auto Barrett M82A1 in .416 Barrett, with a “bullet button” that makes the magazine non-detachable without a tool and therefore legal in California. Before it, I had the bolt-action M99 and fell in love with the cartridge—flat-shooting, hard-hitting. My pistol is the H&K USP .45. I have large hands and it fits me better than any other off-the-shelf pistol. And for my shotgun I would have a Remington 870 pump. I have one—OD green, of course—my “hulk version.” And if .22s didn’t count, I’d slip in my Volquartsen rifle.

ON GUN OWNERSHIP: It means the protection of myself and my family. It goes back to the tradition of our country, the right to bear arms. We’re the only country founded on the premise that we have the right to defend ourselves. No King’s Guard to protect us! 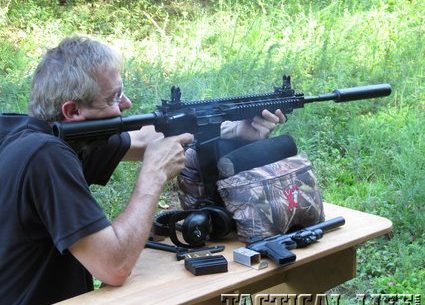 Just about everyone on Earth knows who Lou Ferrigno is. Some know him as…