Louisville police officers fatally shot a man who threw knives at them and started a fire inside his family’s home. Check out the intense body camera footage of the encounter above. 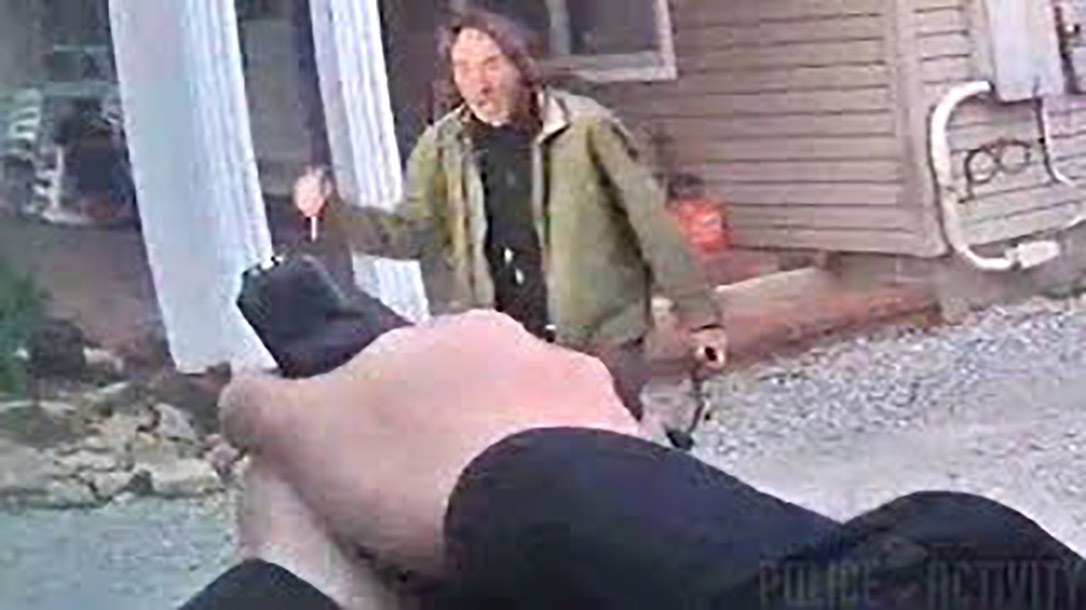 According to WLKY, the incident went down at around 10 p.m. when officers responded to a call involving 42-year-old Isaac Jackson, who showed up at his family’s residence and started breaking windows.

Officers arrived at the scene and talked to Jackson’s family members. While they did this, Jackson set a fire inside the home. The officers moved in. Upon gaining entry, Jackson threw a knife at Officer DeGerald Watson-Morton, hitting him in the leg. The initial part of the video above shows Watson-Morton’s perspective. He was eventually taken to an area hospital for a minor leg injury.

The video then switches to Officer Brendan Kaiser’s body camera. It shows him open up a door to the home. He sees Jackson, who isn’t visible from the body camera, and orders him to show his hands. He then fires nine rounds from his duty gun.

Kaiser and another officer enter the home and approach Jackson, who has been hit. They try to render first aid as the smoke detector blares from the fire.

WLKY says Jackson was transported to an area hospital, where he died from his gunshot wounds.

The fire inside the home was extinguished by the fire department.

Brown says Jackson’s family doesn’t blame the Louisville Police Department for what happened to him.

“The family has no anger — no animosity — or anything towards the law enforcement officers, and them in exercising their duties,” Brown said. “We all wish that it could have turned out a lot differently, but given the circumstances and the nature of the threat to which the officers responded, this is where we ended up at.”

Brown also told WDRB that Jackson suffered from mental illness, drug addiction and seizures. He added that the family had tried to help him for a number of years. His violent outbursts were a “repeated pattern,” Brown said.

Jackson’s sisters had attempted to do a mental inquest, which Brown says would have placed him in a 72-hour psychiatric hold.

“The last time he was in there was a hold, but there was no info that could be released because he was an adult,” Brown said.

Brown was shown the body camera footage of the incident.

“Very visceral experience to see that,” he said. “From just the officers’ perspective — the danger they were faced with.” 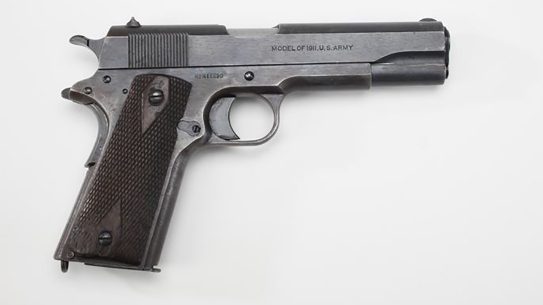 This Is How Much Those CMP Surplus 1911 Pistols Will Cost

Here's the latest from the Civilian Marksmanship Program regarding the pricing and ordering procedure...