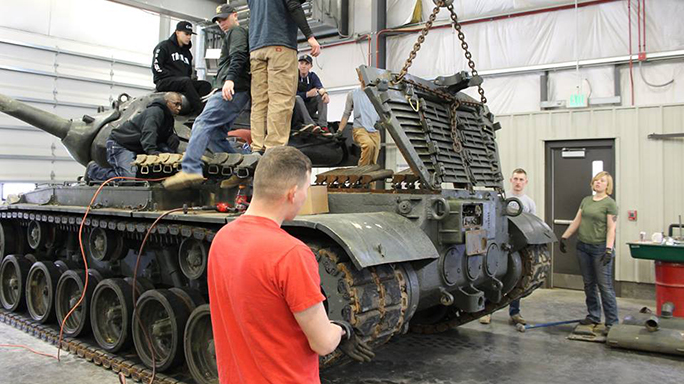 The following is a release from Spc. Derrik Tribbey, U.S. Army:

Assisting with and advising the “Black Knight” Soldiers with the restoration were members from the U.S. Army Brotherhood of Tankers, or USABOT, and the Military Vehicle Preservation Society, or MVPs.

The M47 saw limited service with the U.S. Army and was quickly replaced by the M48, according to USABOT.

“This means a lot,” said Sgt. Adrian Medina, an M1 armor crewman with 3rd Battalion, 66th Armor Regiment. “Especially with having a lot of the older veterans coming in. These are tanks that are part of our heritage. A lot of technology and thought went into creating these tanks to better our jobs and everything out of these old tanks has been applied to our newer tanks like our Abrams. So it means a lot to get back into history.”

Medina said his unit hoped to have at least one of the M47 tanks able to run after the restoration was complete. When finished, one tank will be displayed in front of the unit’s headquarters while the second will be placed in front of the motor pool.

“I think it’s great to get the Soldiers involved in the history,” said retired Sgt. Maj. Lowell May, former Fort Riley Soldier and the president of the local chapter of the MVPs.

May said the M47 was the first tank built after World War II and was in service through the 1950s.

“You cannot explain the feeling that you get,” said retired Sgt. Maj. Bob Trevorrow, a representative of the USABOT. “It’s a bit of history.”

The USABOT has grown from 500 members to 17,000 members within the past four years, Trevorrow said. They have now created a network with British and Israeli tankers as they strive for a brotherhood across the world.

“These girls are before my time,” Trevorrow said. “Some of us were in the Korean War and to see these, especially if we can get one running, that would be awesome.”

The M47 tanks will be refurbished and painted as well, Trevorrow said. He expressed his appreciation that 3rd Battalion, 66th Armor Regiment, invited him to help and said he felt he was reliving history. 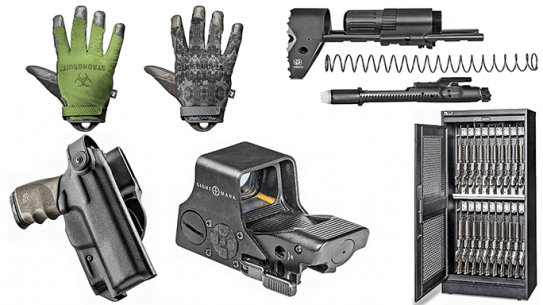 Cutting-edge solutions from the International Association of Chiefs of Police expo.