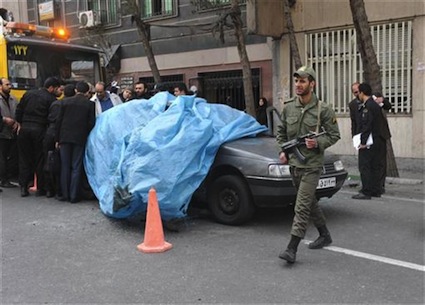 A policeman walks past the car belonging to Iranian nuclear scientist Mostafa Ahmadi-Roshan at a blast site outside a university in northern Tehran January 11, 2012. REUTERS/IIPA/Sajad Safari

Iran said one of its nuclear scientists was killed on Wednesday by a magnet bomb fixed to his car by a motorcyclist and blamed Israel for the attack, intensifying diplomatic tensions the West over Tehran’s nuclear program.

“The bomb was a magnetic one and the same as the ones previously used for the assassination of the scientists, and is the work of the Zionists,” Tehran Deputy Governor Safarali Baratlou told the semi-official Fars news agency, referring to Israel.

Iran has blamed Israeli, British and U.S. intelligence for the attacks in the past, which it said were aimed at assassinating key people working on Iran’s nuclear program. Both Israel and the United States have rejected the claims. 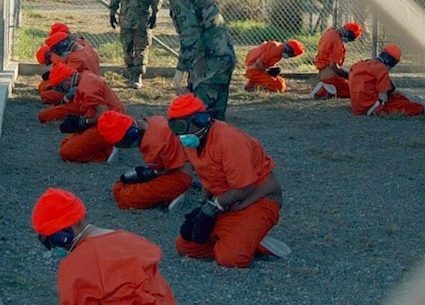