An Egyptian-American man was detained at the Cairo airport Tuesday after landing on a flight from New York with two 9 mm handguns, 250 bullets, two swords and 11 knives in his luggage.

The BBC identified the man as Mohammed Ibrahim Marei, a U.S. professor of botany. He had arrived on the daily direct Egypt Air 986 flight from John F. Kennedy International Airport.

Officials said they stopped Ibrahim because he was “behaving nervously” as he waited to clear customs, according to the BBC.

Ibrahim had cleared security in New York despite JFK’s heightened safety measures after the Times Square bomb suspect, Faisal Shahzad, almost slipped out of the country last week on an Emirates flight to Dubai, despite being on the government’s no-fly list.

According to several news agencies, the U.S. Transport Security Administration maintained that there had been no security lapse on its end, as U.S. regulations allow weaponry in checked baggage if it has been declared to the airline.

“Transporting firearms within the U.S. in checked baggage is permitted if properly declared to the airline,” the TSA said in a statement, according to AFP.

However, The New York Times reported that a TSA official said the weapons in this case had not been declared. The TSA official stated that the agency routinely searches checked luggage for explosives but not for arms, since they are not accessible to passengers in flight.

“Many other countries have different laws that address transportation and possession of firearms. We recommend passengers traveling internationally check with the authorities at their destination about their requirements,” the TSA statement continued.

But in Egypt, it is illegal to import weapons without a permit. News agencies reported the two swords, five daggers and six knives were in a “secret compartment” in Ibrahim’s checked luggage, while the guns and ammunition were hidden in metal boxes. 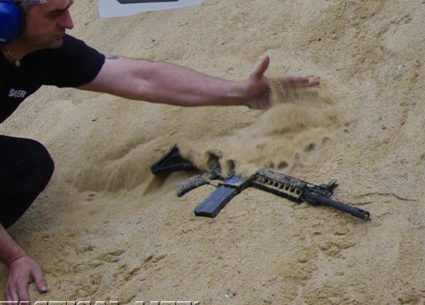