Daniel William Vess accepted at plea deal from federal prosecutors in an Oakland courtroom and pleaded guilty to one count of possession of a stolen firearm. His sentence includes three years in a supervised release program after he is released from prison.

Sheriff’s officials said Vess used pry bars and other tools from December 2008 through February 2009 to break into patrol cars and SWAT vans parked in secured lots at the offices of the California Highway Patrol in Martinez, and at Contra Costa County Sheriff’s facilities in Martinez, Richmond and Clayton.

Many of the stolen firearms, ammunition and gear were later found in and around Vess’s house in unincorporated West Contra Costa County. The rest were recovered in other parts of the state, after they were sold by Vess and then changed hands several more times.

Sheriff’s investigators said Vess’ dilapidated home was marked with bullet holes and filled with automatic firearms and paramilitary equipment, showing an obsession with firearms. Shortly after his arrest, Sheriff Warren Rupf called Vess a potential domestic terrorist, though neither local nor federal investigators ever found evidence he was planning an attack.

Read the rest of Malaika Fraley’s story at mercurynews.com. 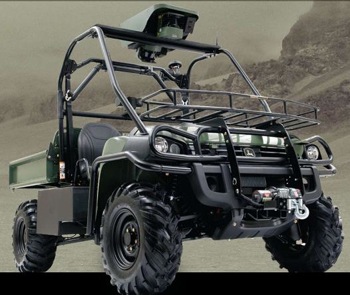