The mannequin challenge may be all the rage these days, but a group of armed men are rueing the day they decided to get in on the latest internet craze, which involves videos of people frozen in mid-action like mannequins while music blares in the background.

One mannequin challenge video, recorded in Huntsville, Ala., shows 22 men holding at least 19 different guns and has been shared more than 85,000 times since it was posted to Facebook on Nov. 9.

The clip naturally caught the attention of the Madison County Sheriff’s Office.

Eventually, a search warrant was obtained for the house.

“At 5:02 this morning,” Capt. Mike Salomonsky said in a press conference Tuesday, “The Madison County Sheriff’s Office SWAT team, the City of Huntsville Police Department SWAT team, and also ATF were present when we executed the search warrant at that residence.”

Inside, the authorities found two handguns, one rifle and one single-barrel shotgun, as well as a tactical vest, multiple rounds of ammo and magazines. They also discovered several marijuana bags and a grinder for the drug.

Police arrested 49-year-old Kenneth Fennell White and charged him with first-degree possession of marijuana and possession of a firearm by a violent felon. His bond has been set at $30,000.

Another suspect, 23-year-old Terry Brown, was arrested for possession of drug paraphernalia and loitering. When police took him to jail, they found marijuana in his possession and tacked on a charge of promoting prison contraband. His bond is set at $3,800.

There’s more where that came from. Police said more arrests stemming from the ill-advised mannequin challenge video are likely.

“There are several persons in the video who may be convicted felons,” Salomonsky said. “So, we’re going to try to do some identification, work with the ATF and see if we can generate any charges out of that.” 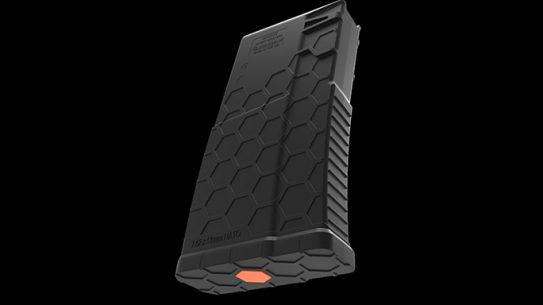